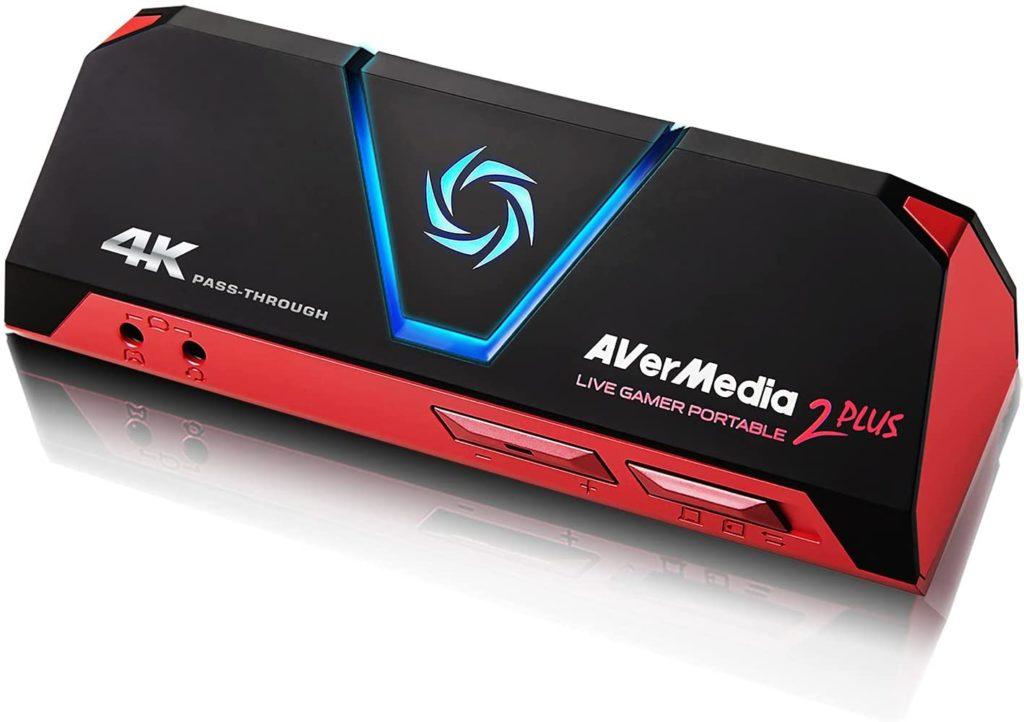 How to use a capture card on console and PC

Get your stream up and running.

With so much streaming competition, it’s always wise to put out the best quality content if you want your stream to stand out. One of the ways to improve the quality of a stream is with a capture card. While some streamers have a single PC or console and don’t use capture cards, more advanced streamers often have multiple PCs or connect their console to a PC to add transitions, overlays, and other customizations.

What does a capture card do?

Capture cards allow users to capture video and audio from the source and save it as data. The saved data is then optimized using software before being uploaded. Most streamers have a PC for gaming and a second PC linked to it to capture the gameplay feed. Once connected to the source, the streamer can then use software, like Open Broadcast Software (OBS), on the second PC to add animations and other customizations before broadcasting.

While it’s possible to use a capture card on a standalone PC, most streamers use multiple PCs for their stream. The main reason for using a capture card on a second PC instead of doing everything on one PC is to get the best performance. If a player is gaming and streaming on the same device simultaneously, it can lead to reduced performance or dropped frame rates because both tasks might compete for the same resources. 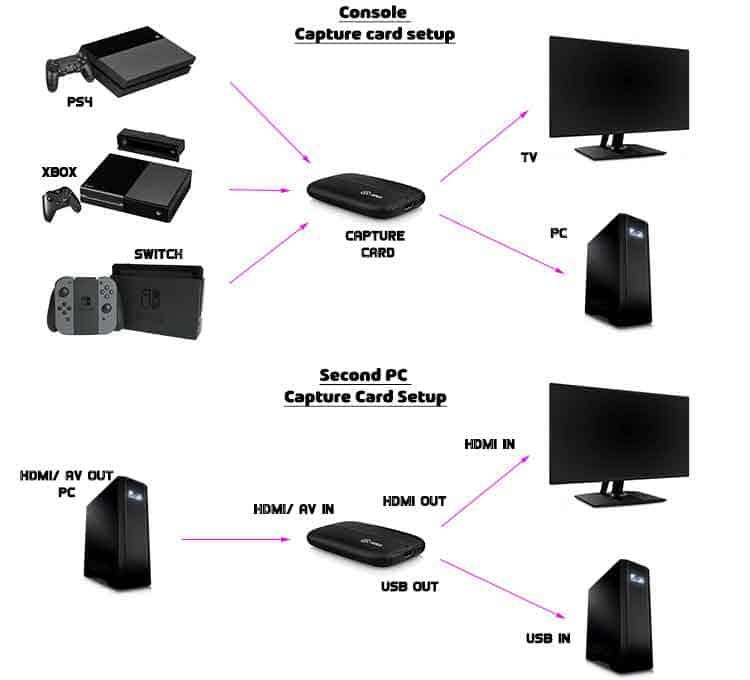 Streamers with consoles or laptops are better off with external capture cards, like the Elgato Game Capture 4K60 S+ or the Asus TUF CU4K30. External capture cards may have slightly higher latency than their internal counterparts, but they are compatible with more devices and are easily swapped out.

What to look for when buying a capture card

Like most peripherals, capture cards come in a wide range of pricing and specs. What’s best for you depends on your requirements and budget. Still, there are some factors to consider when buying a capture card.

How to use a capture card on a console

The current Playstation and Xbox models have built-in broadcasting capabilities to allow direct streaming, while the Nintendo Switch can only stream with a capture card via the docking station. Despite the ability to stream directly, it’s still worth using a capture card connected to a PC to produce the highest-quality content possible.

How to connect a capture card to a console

Some consoles require a few adjustments before streaming. The Nintendo Switch can only work with a capture card when it’s connected to a docking station. When connecting to a PlayStation 4 or 5, users should turn off HDCP encryption in System Settings, or the signal will be blocked.

How to use a capture card on a PC

How to connect an external capture card to a PC

How to connect an internal capture card to a PC.

Connecting an internal capture card can be trickier since there are various types of motherboards and a range of different capture cards. It’s worth checking beforehand to see if the desired capture card is compatible with the motherboard and if there are free slots.

Every capture card is different, and there may be slight variations in connecting them to your device.