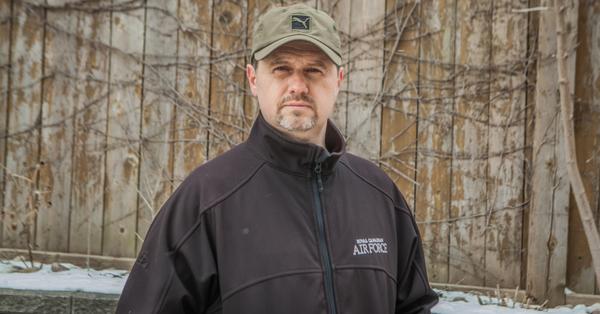 “My phone is ringing non-stop”: How a Ukrainian-Canadian helped raise $3 million to support troops in his home country

Ihor Kozak emigrated from Ukraine to Oshawa in 1992 and has been deeply involved in the Ukrainian-Canadian community ever since. In 2014, when Russia annexed Crimea, he co-founded the Friends of Ukraine Defence Forces Fund, which raises money for Ukrainian troops to purchase non-lethal military items, such as armour and first aid kits. In February, when Russia attacked Ukraine, Kozak’s organization sprang back into action, raising $3 million in three weeks. Here’s how they did it.

—As told to Andrea Yu

“I was born in the Ternopil region of Ukraine, six hours west of Kyiv. I have fond memories of growing up there with my parents and grandparents. The entire community raised me, really. I could walk into any neighbour’s house and ask for a meal. It was like living with one very large family.

“At the time, Ukraine was part of the Soviet Union, which was a totalitarian state. We were Ukrainian patriots, so we didn’t align with the Soviet propaganda, and we couldn’t speak openly about our beliefs and true feelings. My parents listened to forbidden programs from the West, like the Voice of America and Radio Free Europe. My parents told me never to repeat any of the things I heard on the radio because it could mean that my family would be prosecuted by the KGB, the infamous Soviet security service. 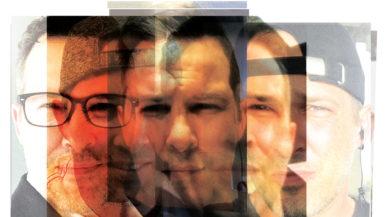 “In 1992, after the collapse of the Soviet Union, my family immigrated to Canada. I was 16-years-old. We settled in Oshawa, which was where my great-grandfather had lived since 1928. I didn’t know any English, so I worked odd jobs and learned the language while getting involved in the Ukrainian Youth Association as well as a Ukrainian church in Oshawa. Later in life, I would go on to serve as the vice-president of the League of Ukrainian Canadians and volunteer with the Ukrainian Canadian Congress and the Ukrainian World Congress, spearheading democracy-building projects in Ukraine, among other activities.

“For more than a decade, I also served in the Canadian army. I was the first immigrant from the former USSR to attend the Royal Military College of Canada. Subsequently, I served in the Royal Canadian Air Force, deploying to the Middle East on military operations, and conducting diplomatic work around the world. In 2009, the year I retired from the military and became a strategy and management consultant, I met my future wife, a third-generation Ukrainian-American, while delivering a speech about Ukrainian-Western relations at a conference in Washington, D.C.

“In 2014, when Russia annexed Crimea, I felt shock and disbelief. I was angry that the Kremlin was willing to destabilize the order of post–Cold War, post–WWII Europe. We always knew Putin didn’t like that Ukraine was independent and aspired to join NATO and the European Union. But we didn’t think he’d actually invade and start killing civilians. When Russians moved into the Donbas, a conflict-ridden region in eastern Ukraine, the country had virtually no military. Thousands of volunteers, some as young as 16 or 17, went to the frontlines with zero military training and no equipment. They wore running shoes and fought with obsolete Soviet-era weapons, hunting rifles or whatever they could scrounge up. More than 13,000 people died in that conflict.

“I knew Ukraine needed help right away. And because of my military background, I knew how to help. With several other key people from the League of Ukrainian Canadians and the League of Ukrainian Canadian Women, I co-founded the Friends of Ukraine Defence Forces Fund. The idea was to raise money to provide Ukrainians with non-lethal military equipment, like helmets, bulletproof vests, first aid kits, medication—whatever we could do to save lives. (We never provided ammunition or weapons because that would be against Canadian and international laws.) We opened a bank account, put out a call to action in the community, and then funds started rolling in. At first, we relayed the money to not-for-profit organizations in Ukraine so that they could buy supplies and deliver them to the frontlines. Then, after Western governments started providing military assistance, we switched to humanitarian aid, helping rehabilitate Ukrainian veterans and families who suffered from the war. Between 2014 to 2021, we raised—and spent—about $1.5 million.

“I’ve followed what is happening in Ukraine for a long time, having travelled to the frontlines of the Donbas many times, so it wasn’t a surprise to me when Russia attacked again a month ago. I knew it was coming. But I was surprised by the extent of the attacks. I thought they would try to hit a few military targets, maybe take a couple of border towns. Even in my worst nightmares, I never thought that Putin and his criminal gangs in the Kremlin would indiscriminately hit civilian targets like maternity hospitals, schools and living quarters, just to break the will of the people.

“When the invasion began, we sent money from the Fund to Ukraine right away. In the past few weeks, we’ve helped purchase thousands of pieces of protective equipment. We’re also trying to source expensive equipment like satellite radios, which cost nearly $1,300 a piece. We can’t buy these items in Ukraine because the country is under siege, so we’re working with dozens of volunteers in Poland and elsewhere, many of whom have worked with us for years. They bring supplies to the borders, where we have other volunteers waiting to pick them up and deliver them where they’re needed most. They’re risking their lives doing this work—there are bombs and Russian missiles falling all over Ukraine right now.

“Some people have asked me: with all the support Western governments are providing, why do we need to provide helmets and bulletproof vests? The reason is that, while Western aid is coming, it’s too slow. Governments are big machines with a lot of bureaucracy. And Western governments don’t want to go into Ukraine because they don’t want to risk escalating the war. It’s hard for them to deliver supplies quickly where they’re needed most, which is something we can do. We’re closing that gap where we can.

“Here in Canada, I am part of a core team of a dozen or so volunteers handling logistics, procurement, communications and fundraising. We’re all volunteers. We’re working out of our homes, from our laptops and cellphones. We have no overhead and we don’t pay ourselves salaries. We’re up late at night since Ukraine is seven hours ahead of Toronto. I haven’t slept properly for the past three weeks. I’m just getting a few hours here and there. My wife and I just had a baby four months ago, so I’m also trying to spend as much time as I can with our son. My wife is a real trooper. She has the baby in one hand and the cellphone in the other, raising money and problem-solving.

“My phone is ringing non-stop. I have received hundreds of emails, calls and text messages from friends, members of parliament, government officials, business partners, clients, neighbours and veterans asking how they can help. First and foremost, we advise people to talk to their MPs to ask them what they’re doing about the situation in Ukraine. Then, we ask for donations. And people have been responding. In just over two weeks, we’ve raised an additional $3 million for the fund. It’s all word of mouth. Most donations have been $100 or $200, although we did get one donation of $100,000.

“I’m surprised and overwhelmed—in a good way—by all the support we’ve received from coast to coast. I think it’s in the fabric of Canadian society to help. It’s been absolutely amazing to see all the Ukrainian flags across Toronto and Canada. People who had nothing to do with Ukraine—perhaps even people who didn’t know where Ukraine was—are getting involved. Even schoolchildren have been writing letters to Ukrainian soldiers and selling homemade cookies to raise money for our fund. It’s extremely distressing that, in the 21st century, in the heart of Europe, we are experiencing this horrible World War II scenario. But I’m touched that, in this time of need, we as a Canadian society have put aside our own priorities and problems to support those who need our help. Canadians, and people around the world, are showing how big their hearts are.”