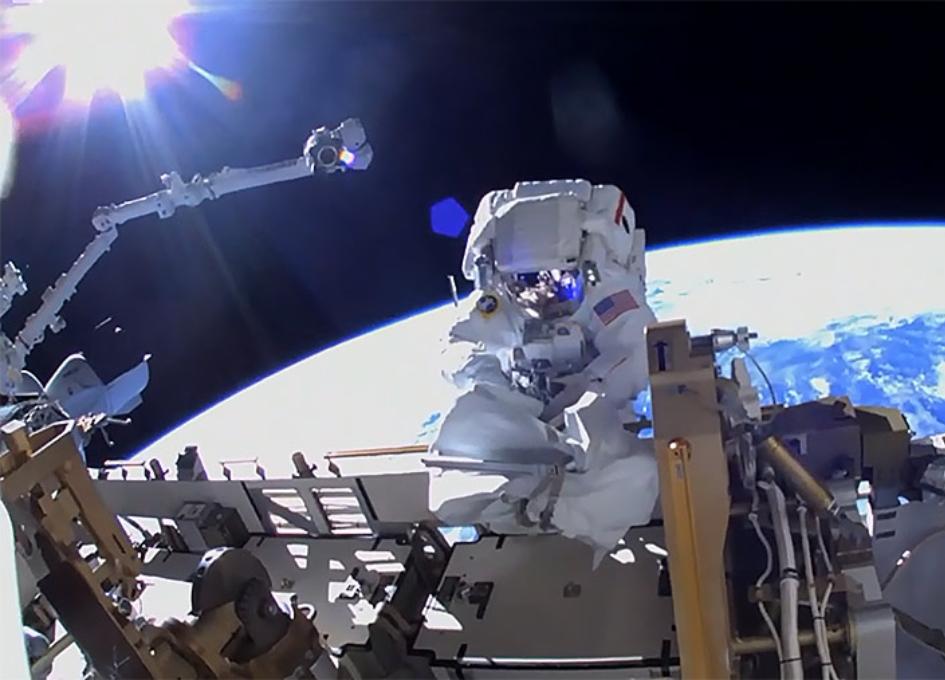 Barron and Chari completed their major objectives for today to prepare the space station for upcoming solar array upgrades by assembling and installing modification kits. The duo built a support bracket onto which a future ISS roll out solar array (iROSA) will be mounted. So far, two of six iROSAs have been deployed on station with four additional arrays to be delivered. The arrays will ultimately augment six of the station's eight power channels, increasing the station's total available power from 160 kilowatts to up to 215 kilowatts.

It was the 247th spacewalk in support of space station assembly, upgrades and maintenance, and was the first in Chari's career and the second for Barron. Chari and Barron are in the midst of a planned six-month science mission living and working aboard the microgravity laboratory to advance scientific knowledge and demonstrate new technologies for future human and robotic exploration missions as part of NASA's Moon and Mars exploration approach, including lunar missions through NASA's Artemis program.

Astronaut roles for the next spacewalk on March 23 will be confirmed soon. NASA TV coverage for the March 23 spacewalk will begin at 7:30 a.m. for a spacewalk expected to begin around 8:50am.

For the Wednesday, March 23, spacewalk, designated U.S. EVA 80, two astronauts will install hoses on a Radiator Beam Valve Module that routes ammonia through the station's heat-rejecting radiators to keep systems at the proper temperature. The crew members also will install a power and data cable on the Columbus module's Bartolomeo science platform, replace an external camera on the station's truss, and conduct other upgrades to station hardware.

Nutrition Monitoring for the International Space Station (NutrISS): In support of the NutrISS investigation, an ESA Nutritional Assessment (ENA) was performed.In the NutrISS investigation, a periodic assessment of body composition (body weight, fat mass, and fat-free mass) during spaceflight aboard the ISS is carried out using a dedicated bio-impedance analysis device to allow for the measurement of long-term energy balance modification over time. It is hypothesized that an adjusted diet maintaining a near-neutral energy balance, and/or increasing protein, intake can limit microgravity-induced bone and muscle loss.

Standard Measures (SM):In support of the SM investigation, an Actiwatch Plus (AWP) was retrieved and donned, and a pre-sleep questionnaire was filled out.The aim of the investigation is to ensure consistent capture of an optimized, minimal set of measures from crewmembers until the end of the ISS Program in order to characterize the adaptive responses to and risks of living in space.Among other things, the ground teams perform analyses for metabolic and chemistry panels, immune function, microbiome, etc.These measures populate a data repository to enable high-level monitoring of countermeasure effectiveness and meaningful interpretation of health and performance outcomes and support future research on planetary missions.

Space Tango - CubeLab:The crew removed the two CubeLab satellites from their TangoLab facility location, activated them, and photo-documented the resulting operations.Following this they were re-installed in their TangoLab location to recharge and transfer data.Space Tango - CubeLab Satellite Demonstrator tests a new attitude-control technology for small satellites, which is an integral part of future space missions. Conventional attitude control systems for large satellites are not suited for small satellites. The new technology is energy efficient, lightweight, and not subject to friction wear and could enhance the attitude maneuvering capabilities of small satellites.

USOS EVA 79: 3A IROSA Prep EVA: Today, ISS crewmembers Kayla Barron and Raja Chari completed the 79th USOS Extravehicular Activity (EVA). The main goal of this EVA was to continue with the assembling and installation of modification kits required for the future solar array upgrades, called the ISS Roll-Out Solar Arrays (IROSA). The IROSA is a modification to the existing Solar Array Wings (SAWs). It provides additional power for the proposed commercial modules to be launched to station as well as MLM. During the 6-hour and 54-minute EVA, the EV crew completed the following objectives: 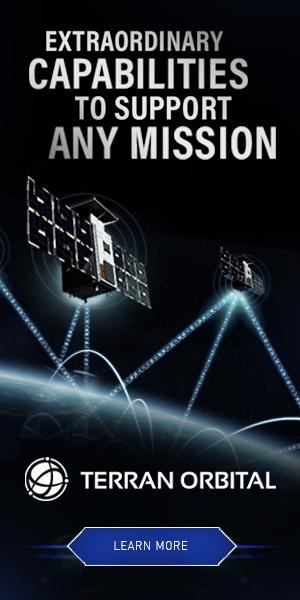 3A IROSA Prep EVALook Ahead Plan