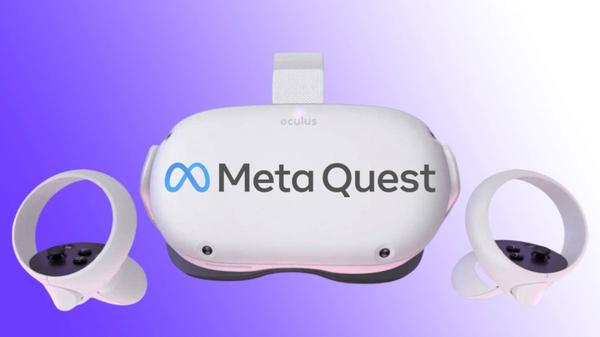 The Oculus Quest 2 is a VR headset heavy hitter, and Meta is harnessing its success to fuel its Metaverse plans. Not only has the rumoured Oculus Quest Pro morphed into a different VR venture dubbed Project Cambria, but the company says the Oculus Quest 3 is still on the cards.

Releasing a successor to one of the best VR headsets on the market isn’t an unexpected move, but Meta recently rebranded its Quest lineup to better match its Facebook parent company name. Naturally, this means the Oculus Quest 2 could be the last of its kind, as the Oculus Quest 3 could bear a Meta Quest label instead.

Meta’s Quest is set to continue, and the gaming PC headset will likely take a different path to that of Project Cambria. Yet, both VR experiences could feature similar tech under the hood, which makes matching up rumours difficult. With that in mind, here’s everything we know about the Oculus Quest 3, including its price, release date, and specs.

Here’s everything we know about the Oculus Quest 3:

The Oculus Quest 3 hasn’t got an official price tag, but it might be cheaper than Meta’s Project Cambria. It’s also worth noting that the Oculus Quest 2 costs considerably less than the original, with 64GB models coming in at $299 USD rather than $399 USD at launch. If this price trend continues, the Quest 3 could end up being even more affordable than its predecessors.

In a way, maintaining an accessible price point benefits Meta’s ambitions. By letting newcomers and casual players experience virtual reality for cheap, the company could drum up interest in the Metaverse and Web 3.0.

Meta hasn’t provided an ETA for its next wave of VR products, but according to XR hardware analyst Brad Lynch, Project Cambria could release before the Oculus Quest 3. The insider claims that the high-end Metaverse headset will release in Q2 2022, while the Quest 3 will make its debut at Meta’s 2023 Connect event. 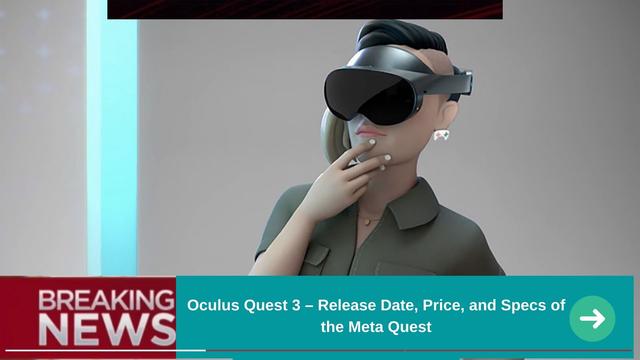 Quest 3 is planned to include uOLED. Meta signed deal to build production lines for these displays with Changxin Technology

Of course, component shortages and the ongoing pandemic could disrupt Meta’s VR headset release plans. So, until we get official word from the social media giant, it’s probably best to take any analyst leaks with the usual grain of salt.

The Oculus Quest 2 is an impressive piece of kit that improved upon the original Quest where it counts. However, the Oculus Quest 3 will go up against the likes of Sony’s PSVR 2, which boasts 4K HDR OLED panels and a 2000×2040 per eye resolution.

While it’s safe to say that Meta’s new headset improve upon the Quest 2’s resolution, Brad Lynch says the Quest 3 could use newer uOLED screen tech. Ultimately, this could give the headset an edge over Sony’s future VR offering, especially when it comes to maximising image quality.

The Oculus Quest 3 will likely match the Quest 2’s 120Hz refresh rate, and its capabilities could improve with future updates. Meta might even opt to use light-field display technology, a new innovation by VR company Creal. Not only would the tech bring 240Hz to the device, but it could blur the line between real and virtual reality visuals with enhanced distance rendering.

Full body tracking could feature in an Oculus Quest headset for the first time, with the experimental feature appearing in the Oculus Unity developer SDK. Enabling this type of tracking on its headsets would be yet another weapon in Meta’s arsenal that could help it maintain metaverse domination.

Meta hasn’t relieved its new VR controllers just yet, but screenshots shared by YouTuber Basti564 suggest that an upgrade is on the way. Leaked via an alleged Meta Facebook Workplace meeting, the controllers feature a familiar disc shape and built-in infrared cameras that could replace the need for tracking rings.

It’s hard to tell whether the controllers in Basti564’s video are legitimate, and there’s nothing that suggests they’ll pair with the Oculus Quest 3. In fact, the video explicitly refers to the Oculus Quest Pro, the non-Quest device that’s now known as Project Cambria. There’s every chance that both headsets could use the same controllers, something that could establish common ground across Meta’s upcoming VR range.