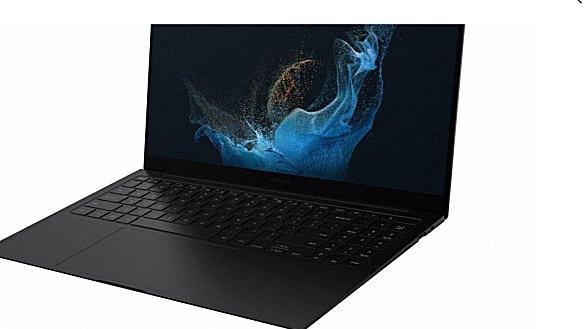 The new additions to the Galaxy Book2 lineup are the 360, Pro, Pro 360 and Business models. Samsung’s recent announcement excluded most details on the Business variant, however, opting to focus on the consumer-level options. The Galaxy Book2 360 is this year’s most budget-friendly model, and the Book2 Pro and Pro 360 are intended for more demanding consumers.

They all offer some type of 2-in-1 design. The 360 and Pro 360 have a 360-degree hinge (hence the name) that makes them great for use on a desk or your lap. The Galaxy Book2 Pro, however, sports a detachable 2-in-1 configuration, similar to that of the Microsoft Surface Pro.

What’s so great about the new Galaxy Book2 family?

As Vazquez notes, “Samsung’s strength in the past has been Chromebooks. While Samsung has been releasing Windows laptops for some time, it seems like they always just miss the mark and haven’t really been contenders. But,” he continues, “now I’m interested.” 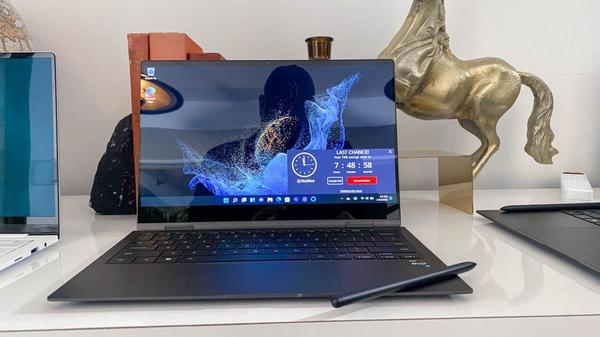 Before you compare that to the 4K screens that seem to be increasing in popularity, keep in mind that the human eye can barely tell Ultra HD apart from Full HD at these sizes. More pixels often mean a higher power draw and, therefore, shorter battery life. In the case of Samsung’s laptop displays, you’re also getting a high-quality AMOLED panel, which eliminates any worry about middling resolutions.

Vazquez makes the point that laptops are meant to be portable, and both size and weight are parts of that. The Book2 Pro 360 weighs just a hair over 2 pounds, which is about as light as Windows laptops come. “The way they laid out this design in terms of form factor,” Jaime explains, “they did a great job of keeping the laptops slim and lightweight.”

What’s not surprising about the newly announced notebook PCs is that they look fantastic. They’re a far cry from the average plastic-covered low-cost specials from other manufacturers. Vazquez says, “Samsung’s laptops have been hit or miss in the design department in the past, but these are gorgeous.”

Efficient Intel Core i5 and i7 chipsets give the new Galaxy Book2 models enough firepower to complete a wide range of everyday and professional tasks. Granted, Vazquez offers, “I would hesitate to call any of these gaming laptops,” but nobody really expects to play advanced 3D games on an ultralight 2-in-1 laptop.

But there’s more evidence that Samsung now has a keen eye on performances. “It’s worth noting that more and more models come with 16 GB of RAM, and frankly, that’s overdue,” Vazquez says, “but I’ll take it. On paper, it doesn’t make your computer any faster. But if your computer can handle a ton of different tasks at once, it just feels a lot faster.”

Every laptop in recent memory has had a USB port, and Samsung’s new models are no exception. In fact, they all have at least two USB-C ports, one of which supports the high-speed Thunderbolt 4 protocol. If you have a bunch of devices that use the older USB-A format, consider a USB-C hub to provide the connectivity you need.

Why should you get a Samsung laptop?

According to tech expert Vazquez: “Samsung is building their own ecosystem. So with the S-Pen and other accessories, they’re doing a good job of mimicking the ecosystem of Apple. And it does work.”

Jaime also explains, “To be clear, most accessories are typically agnostic in terms of what laptops and operating systems they work with.” But, the overall connectedness of a specific ecosystem ensures that you’re getting the most out of each component. For example, Windows devices support the Qualcomm aptX Bluetooth audio codec, while Apple devices don’t. That’s on top of the aesthetics of matching design cues and color schemes.

The best way to buy a new Galaxy Book2

Times being what they are, even savvy tech enthusiasts are doing something they’ve almost never done: recommending preorders and warranties. Due to raw materials and staffing shortages, plus major logistics issues, the worldwide microchip shortage is expected to last considerably longer. Preordering greatly increases your chances of getting a new laptop. Similarly, getting an extended manufacturer’s warranty or even something from a third party means that if your new machine does malfunction, you won’t have to wait a year to get it replaced.

Chris Thomas writes for BestReviews. BestReviews has helped millions of consumers simplify their purchasing decisions, saving them time and money.