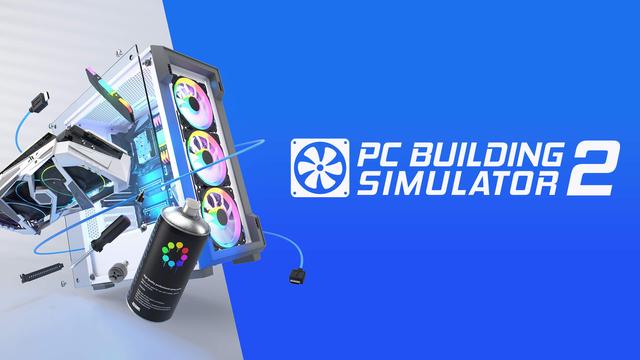 PC Building Simulator 2 Is Headed To The Epic Games Store

Epic Games announced that they will be releasing PC Building Simulator 2 on their own platform, coming sometime later this year. Developed by Spiral House, the game is going to be a massive improvement over the original 2018 release that was practically on everyone's Twitch stream for a hot minute as people showed off their knowledge and ability to build their own awesome gaming PC's. According to the team, this game will be coming with and expanded and improved feature set, an in-depth 30+ hour career mode, over 1,200 individual PC parts that have been accurately made true-to-life, improved graphics and visuals, and a robust hardware and software selection. This is, at least in their own words for the moment, going to be the end-all-be-all for simulated PC building, and we're sure lining up every tech giant in the business to have their brand name on all the gear is gonna help pay some bills, too. You can check out the trailer below as we're waiting on an official release date.

Grow your empire as you learn to repair, build and customize PCs at the next level. Experience deeper simulation, an upgraded career mode, and powerful new customisation features. Use realistic parts from 40+ hardware brands to bring your ultimate PC to life. PC Building Simulator 2 pushes the limits of virtual PC creation to new heights, rendering players' dream machines in more detail than ever before. Launching with over 1200 officially-licensed parts from industry giants like AMD, Intel, NVIDIA and enthusiast brands like Thermal Grizzly, players will be able to customize and optimize their rigs to a new level. Oh – and there might be some more RGB. Alongside a challenging new 30+ hour career mode, PC Building Simulator 2 brings improved graphical fidelity, a host of new features to deepen the PC building experience, and steps up the realism of hardware and software simulation.