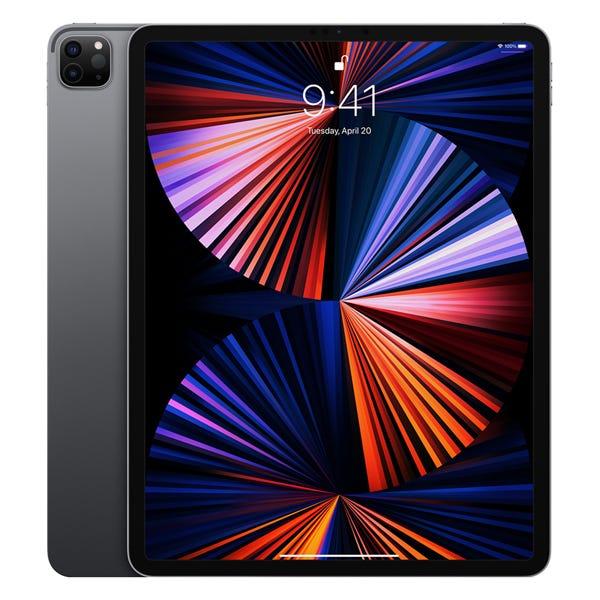 Apple's newest iPad Pro is its most powerful tablet yet, but the MacBook Air is still a no-brainer for students

When you buy through our links, Insider may earn an affiliate commission. Learn more.

Looking for a lightweight computer for the back-to-school season? You might find yourself deciding between Apple's MacBook Air and the 12.9-inch iPad Pro, both of which pack a lot of processing power into sleek design. They also share some similarities when it comes to specifications: both have a screen that's around 13 inches in size, and both computers run on Apple's M1 processor.

But there are important differences between the two that you should consider before making a decision — the biggest being the software that powers each computer. They each have specific strengths and weaknesses, but the MacBook Air generally excels in most of the circumstances that matter most to students.

Here's a closer look at how they compare and which is best for schoolwork.

Apple iPad Pro vs. MacBook Air: Which is best?

While they both have their advantages, the MacBook Air is still the better option for most students. It may not have as much cutting-edge technology as the iPad Pro, but it offers a superior typing experience, more storage in the base model, an extraUSB-Cport, and most importantly: software that's more ideal for multitasking. These advantages make it a better choice for general work and productivity. The MacBook Air is also noticeably cheaper than what you can expect to pay for an iPad Pro with Apple's Magic Keyboard, or even a reasonably priced, third-party keyboard case.

That being said, the iPad Pro does have an edge over the MacBook Air in several areas, just not the ones that are typically most important for school work. The iPad Pro has a much better selfie camera that can keep you in frame during video calls, a high-quality rear camera for shooting photos and videos, a dazzling touchscreen, and Face ID. It's also much more flexible since it's a tablet first and a laptop replacement second.

Both the MacBook Air and iPad Pro are designed with portability in mind. The MacBook Air is 2.8 pounds, making it one of the lightest laptops around, while the iPad Pro weighs just 1.5 pounds.

However, it's important to remember that the iPad Pro's weight only refers to the tablet itself without the keyboard. And if you're planning to use the iPad Pro for school, you probably want to pair it with the best keyboard you can buy.

Apple hasn't said how much its $349 Magic Keyboard for the 12.9-inch iPad Pro weighs. But a customer weighed the keyboard with what appears to be a food scale and shared the results in a MacRumors forum last year, indicating that the case weighs 1.57 pounds. That makes the iPad Pro combined with the Magic Keyboard 3 pounds, which is just slightly heavier than the MacBook Air.

Of course, there are plenty of other options besides Apple's pricey keyboard. But our favorite iPad keyboard case, the $200 Logitech Combo Touch, weighs about 1.7 pounds, which would still make the iPad Pro heavier than the MacBook Air.

If you've used a MacBook Air in the past, the newest model will feel very familiar. It has the same wedge-shaped design that distinguishes it from the MacBook Pro, and is available in space gray, gold, and silver. This traditional clamshell laptop through and through, unlike the iPad Pro and many Windows rivals which offer touchscreens and 2-in-1 designs. 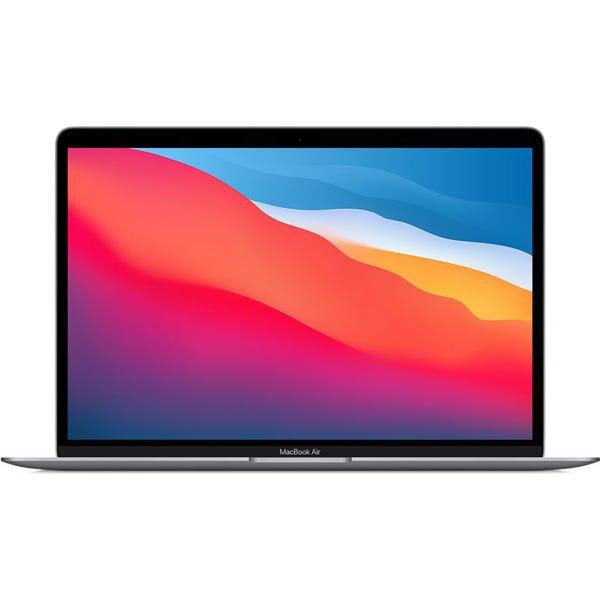 The iPad Pro generally has a more modern and versatile design. It has slimmer borders framing the display, making the screen appear larger, and it can serve as both a tablet and a laptop-like device when paired with a keyboard. That could make the iPad Pro better for entertainment since you can use it as a standalone tablet, but the MacBook Air still generally offers a better combination of portability and productivity.

Software is the most important difference between the iPad Pro and MacBook Air. The iPad Pro runs on iPadOS, while the MacBook Air is powered by macOS. The former is a mobile operating system designed specifically for the iPad that's based on Apple's iPhone software, while macOS is Apple's desktop operating system.

Overall, macOS is still superior to iPadOS when it comes to work and productivity. Since it was designed for laptops from the start, it has a traditional windowed interface that makes it easy to switch between apps, web browser tabs, and additional desktops. If you've used a Mac in the past, or even a Windows laptop, the experience will largely feel very similar.

The iPad has come a long way in recent years when it comes to work-related features, but it still has limitations. Apple's iPad software allows you to use apps in split screen mode and pin an app in a sidebar alongside the main app you're working in.

There's also a proper file manager for accessing documents stored on your iPad and in cloud-based apps, and the newest iPad Pro now supports Thunderbolt 4 for improved compatibility with peripherals. Not to mention, Apple added mouse and touchpad support for the iPad back in 2020.

However, there's a learning curve that comes with switching to the iPad Pro as your primary computer. Apple's multitasking gestures require some getting used to and still don't feel quite as natural as the standard mouse and keyboard experience. Opening multiple apps at once is really only easy on an iPad when you're using apps that are specifically pinned to the dock at the bottom of the screen.

On a laptop, you can simply click on any program you want to open whether it's on the dock or not while using another app, and have it open in a different window. It's also easier to resize and move windows to your liking on a MacBook versus an iPad. To make the most out of your iPad as a work device, you also have to remember Apple's specific multitasking gestures, such as swiping left or right with four or five fingers to cycle between apps.

Another major difference to consider is that programs designed for the iPad won't always work the same way that they do on a Mac device. Yes, there are plenty of productivity and creative apps available on the iPad, but some of the most popular ones are missing some features on the iPad.

Take Microsoft Word, for example. Although the iPad version supports many features, you'll be missing out on some capabilities like adding and updating citations, which is only available on Word for Mac and Windows. That might be particularly important for writing research papers. The version of Adobe Photoshop for the iPad has also lagged behind its desktop companion in the past, plus it has a different interface.

Creatives may benefit from the iPad Pro's Apple Pencil support when it comes to sketching or touching up photos. But overall, the MacBook Air has more consistency when it comes to apps and a more familiar operating system that makes it much easier to use multiple programs at once.

The MacBook Air's keyboard also feels more sturdy than those found on most keyboard cases. Plus, it comes with a second USB-C port so that you can use an accessory and charge your device at the same time.

The bottom line here is that the MacBook Air is still better at most productivity-oriented tasks. But if you are going to choose the iPad Pro, make sure the programs and apps you need for schoolwork offer all of the features you need to get your assignments done.

The iPad Pro and MacBook Air both have a lot to offer when it comes to performance, which is why it can be difficult to decide between the two. They both run on Apple's M1 processor and come with 8GB of memory (RAM) at the base level. However, the iPad Pro has an extra core in its graphics processing unit (GPU) compared to the base level MacBook Air.

According to benchmark tests, the iPad Pro outshines the MacBook Air when it comes to graphics processing power, but they perform similarly during general computing tasks.

We ran these tests using an M1-powered MacBook Air with 8GB of RAM and11-inch M1-powered iPad Pro, which runs on the same processor as the 12.9-inch model.

The display and camera are two areas where the iPad Pro truly shines over the MacBook Air.

Not only does the iPad Pro have a sharper touchscreen with slimmer bezels, but the 12.9-inch version comes with a mini LED panel that brings significantly improved brightness and contrast. There are more than 10,000 mini LEDs in the 12.9-inch iPad Pro's screen, resulting in a big boost in contrast and overall image quality. The MacBook Air, by comparison, has a standard Retina display that's sharp enough to enjoyably watch movies and view photos, but isn't necessarily noteworthy.

Laptops aren't known for having good cameras, which is part of what makes the iPad Pro stand out as a work machine. The iPad Pro has a 12-megapixel (MP) rear camera, 10MP main camera, and a LiDAR scanner for depth sensing, giving it photography capabilities that are similar to what you can expect from the iPhone 12 lineup.

The MacBook Air, of course, doesn't have a rear camera because true laptops can't take photos that aren't selfies. But Apple has always positioned the iPad Pro as a more versatile computer rather than just a standard laptop replacement.

The front-facing camera also features some extra smarts compared to the MacBook Air. Most notably, it has a feature called Center Stage that keeps the subject in frame during video calls, a nice perk for those who frequently FaceTime orZoomloved ones back home from their dorm room. The MacBook Air lacks this feature, but still benefits from improved image quality that comes from Apple's image signal processor in the M1.

The MacBook Air's more productivity-friendly software, sturdier keyboard, long battery life, and portability make it the best choice for those in search of a college computer. The iPad Pro has the MacBook Air beat when it comes to display and camera quality, and it has a much more versatile design that allows it to serve as a laptop or tablet. But the areas in which the MacBook Air excels over the iPad Pro are much more important for students.

Plus, you'll have to spend a lot of money to turn the iPad Pro into a viable MacBook Air competitor. The cheapest configuration for the 12.9-inch model comes with 128GB of storage and 8GB of RAM and starts at $1,099. Add on Apple's Magic Keyboard, and you're spending at least $1,448. With Apple's student discount, you'd still end up paying $1,328. A MacBook Air with twice the storage costs just $899 for students and $999 with Apple's regular pricing.

Apple MacBook Air (2021)$999.00 from Apple$999.99 $849.99 from Best BuyApple 12.9-inch iPad Pro (2021)$1,099.00 $999.00 from Walmart$1,099.00 $999.00 from Amazon $1,099.99 from Best BuyLisa EadiciccoSenior Tech CorrespondentLisa is a senior tech correspondent for Business Insider's Reviews team, where she helps lead our coverage of the latest tech products from Apple, Google, Microsoft, Amazon, and other major tech companies. She previously served as Time magazine's tech columnist and got her start as a reporter for Business Insider's tech section in 2014. Before that, she was staff writer for Laptop Mag and Tom's Guide in 2013. She has appeared on the BBC, CNBC, and CBS New York radio to discuss the latest tech news.See below for some of her work.Learn more about how our team of experts tests and reviews products at Insider here. Read moreRead less
Prev
Next