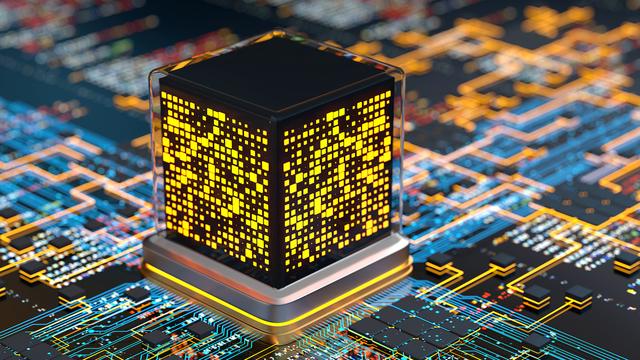 Quantum computing is a new generation of technology that involves a type of computer 158 million times faster than the most sophisticated supercomputer we have in the world today. It is a device so powerful that it could do in four minutes what it would take a traditional supercomputer 10,000 years to accomplish.

For decades, ourcomputershave all been builtaround the same design. Whether it is the huge machines at NASA, or yourlaptopat home, they are all essentially just glorified calculators, but crucially they can only do one thing at a time.

The key to the way all computers work is that they process and store information made ofbinary digitscalled bits. These bits only have two possible values, a one or a zero. It is these numbers that create binary code, which a computer needs to read in order to carry out a specific task, according to the bookFundamentals of Computers.

Quantum theory is a branch of physics which deals in the tiny world ofatomsand the smaller (subatomic) particles inside them, according to the journalDocumenta Mathematica. When you delve into this minuscule world, the laws of physics are very different to what we see around us. For instance, quantum particles can exist in multiple states at the same time. This is known as superposition.

Instead of bits, quantum computers use something called quantum bits, 'qubits' for short. While a traditional bit can only be a one or a zero, a qubit can be a one, a zero or it can be both at the same time, according to a paper published fromIEEE International Conference on Big Data.

- What is quantum mechanics?

- History of computers: A brief timeline

This means that a quantum computer does not have to wait for one process to end before it can begin another, it can do them at the same time.

Imagine you had lots of doors which were all locked except for one, and you needed to find out which one was open. A traditional computer would keep trying each door, one after the other, until it found the one which was unlocked. It might take five minutes, it might take a million years, depending on how many doors there were. But a quantum computer could try all the doors at once. This is what makes them so much faster. 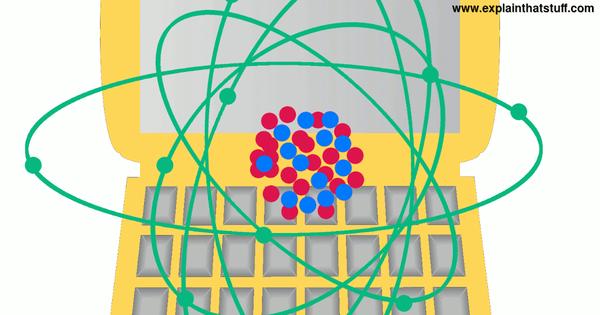 As well as superposition, quantum particles also exhibit another strange behaviour calledentanglementwhich also makes this tech so potentially ground-breaking. When two quantum particles are entangled, they form a connection to each other no matter how far apart they are. When you alter one, the other responds the same way — even if they're thousands of miles apart.Einsteincalled this particle property "spooky action at a distance", according to the journalNature.

As well as speed, another advantage quantum computers have over traditional computers is size. According toMoore's Law, computing power doubles roughly every two years, according to the journalIEEE Annals of the History of Computing. But in order to enable this,engineershave to fit more and moretransistorsonto a circuit board. A transistor is like amicroscopiclight switch which can be either off or on. This is how a computer processes a zero or a one that you find in binary code.

To solve more complex problems, you need more of those transistors. But no matter how small you make them there's only so many you can fit onto a circuit board. So what does that mean? It means sooner or later, traditional computers are going to be as smart as we can possibly make them, according to theYoung Scientists Journal. That is where quantum machines can change things.

The quest to build quantum computers has turned into something of aglobal race, with some of the biggest companies and indeed governments on the planet vying to push the technology ever further, prompting a rise in interest in quantum computing stocks on the money markets.

One example is the device created by D-Wave. It has built the Advantage system which it says is the first and only quantum computer designed for business use, according to apress releasefrom the company.

D-wave said it has been designed with a new processor architecture with over 5,000 qubits and 15-way qubitconnectivity, which it said enables companies to solve their largest and most complex business problems.

The firm claims the machine is the first and only quantum computer that enables customers to develop and run real-world, in-production quantum applications at scale in the cloud. The firm said the Advantage is 30 times faster and delivers equal or better solutions 94% of the time compared to its previous generation system.

But despite the huge, theoretical computational power of quantum computers, there is no need to consign your old laptop to the wheelie bin just yet. Conventional computers will still have a role to play in any new era, and are far more suited to everyday tasks such as spreadsheets, emailing and word processing, according toQuantum Computing Inc. (QCI).

Where quantum computing could really bring about radical change though is in predictive analytics. Because a quantum computer can make analyses and predictions at breakneck speeds, it would be able to predictweather patternsand perform traffic modelling, things where there are millions if not billions of variables that are constantly changing.

Standard computers can do what they are told well enough if they are fed the right computer programme by a human. But when it comes to predicting things, they are not so smart. This is why theweather forecastis not always accurate. There are too many variables, too many things changing too quickly for any conventional computer to keep up.

Because of their limitations, there are some computations which an ordinary computer may never be able to solve, or it might take literally a billion years. Not much good if you need a quick prediction or piece of analysis.

But a quantum computer is so fast, almost infinitely so, that it could respond to changing information quickly and examine a limitless number of outcomes and permutations simultaneously, according to research byRigetti Computing.

Quantum computers are also relatively small because they do not rely on transistors like traditional machines. They also consume comparativelyless power, meaning they could in theory be better forthe environment.

You can read about how to get started in quantum computing in this article byNature. To learn more about the future of quantum computing, you can watchthis TED Talkby PhD student Jason Ball.