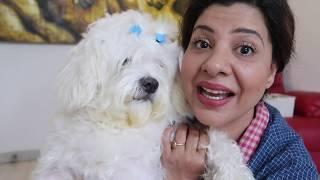 Actor Sambhavna Seth, who rose to fame with the reality show Bigg Boss, is an avid user of Instagram. She often posts various videos that never fail to create a buzz among people. Besides her personal Instagram page, she also manages another page that showcases the cute antics of her four dogs named Coco, Cherry, Candy and ChunChun. The page is filled with various videos that often leave people with a smile. Case in point, this clip showing one of her dogs watching a video of hers on laptop.

“Every view matters…dosto mummy papa ko pyaar do,” reads the caption posted along with the video. The clip opens to show a text insert that reads, “Mummy papa ki loyal audience. ” The video shows the very cute doggo named ChunChun sitting on a bed and intently looking at the laptop. 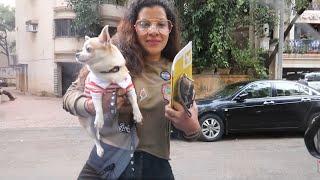 Take a look at the video:

The video has been posted about eight hours ago. Since being posted, the clip has accumulated more than 26,000 likes and the numbers are only increasing. The share has also prompted people to post various comments. There were many who wrote that the dog is absolutely cute.

“So cute,” wrote an Instagram user. “Chunchun is so cute,” expressed another. Many other expressed similar notions.

What are your thoughts on the video?