When most of us build a PC, we're probably happy enough to have it boot and to arrange all the cables and connectors in a tasteful enough manner for side-panel viewing. There's something to be said, though, for pushing the hobby to its (il)logical conclusion, maximizing form over function to sculpt something truly silly out of consumer computer hardware. 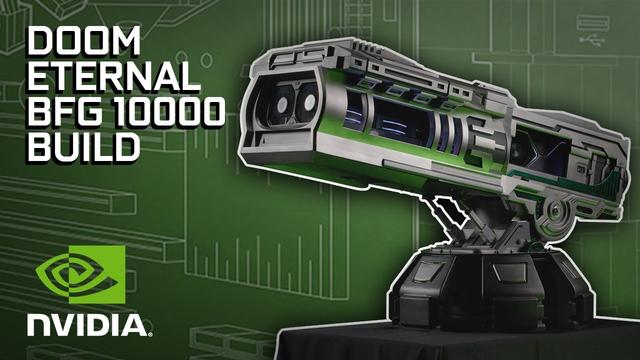 Enter Mark Celica and Mark's Fabrications out of Taiwan, recently featured on GeForce Garage for his build in a replica BFG-10000 from Doom: Eternal. From August through October of last year, Celica built the custom housing—complete with a rotating platform and hydraulics to raise and lower the cannon—and the attendant system inside. Celica kitted it out with an i7 10700K and 16GB of DDR4 memory on a mini-ITX ASRock Z490 motherboard with a Founder's Edition RTX 3080 for the GPU.