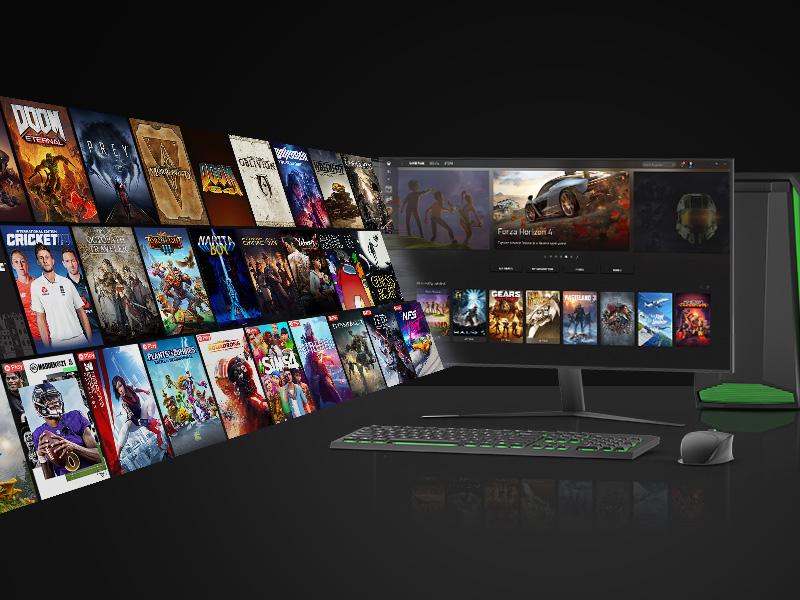 I know you might have heard this before, but it really does bear repeating that Xbox Game Pass is still one of the best gaming deals for any PC gamer. Microsoft is once again offering PC and Ultimate trial memberships of Xbox Game Pass for only $1 from now until the end of April.

Game Pass gives you access to over 100 PC games, including Microsoft Xbox first-party games like Halo Infinite and Forza Horizon 5 on your PC and streaming via the Xbox app. Game Pass even throws a basic membership to EA Play's library of over 65 games and 10-hour game trials of new releases like Fifa 22 and Battlefield 2042.

I recently put an unholy amount of time into a Warhammer Total War 3 campaign when it was added to Game Pass at launch in February before my forces were wiped but what I can describe as an army of pleasure demons. The game retails for $60, as someone who can't stomach paying full price for anything, this service has honestly spoiled me.

I've definitely found myself waiting to see if games I want to play end up on Game Pass before spending any money. The worst feeling in the world was paying full price for Scarlet Nexus only to see it show up a Game Pass a few months later. Though, I doubt we will see anything like Elden Ring makes its way to the library.

If you go with Game Pass Ultimate, this grants access to these games on both a PC and an Xbox console. Personally, what I like about Ultimate is all the free stuff you're giving every month in the form of game DLC or free trials for non-gaming streaming services like Spotify or Crunchyroll.

Xbox Game Pass Ultimate | Xbox and PC |$1 first month at Xbox (save $14)Game Pass Ultimate gives you access to over 100 games you can play on your PC or Xbox. For just $1, you can play big games like Halo Infinite or Marvel's Guardians of the Galaxy with no restrictions. Once your trial is over, you'll be charged $14.99 a month.

You can try out Game Pass on the PC it's only going to cost you $1 for the first month then you'll be billed at the regular price. Game Pass Ultimate is also for a buck and will renew for $15 once your first month is up. Again, this deal is for new members to take advantage of until the end of April. But, if you decided to use, let's say, a burner email or two to set up a new account, I won't narc on you.