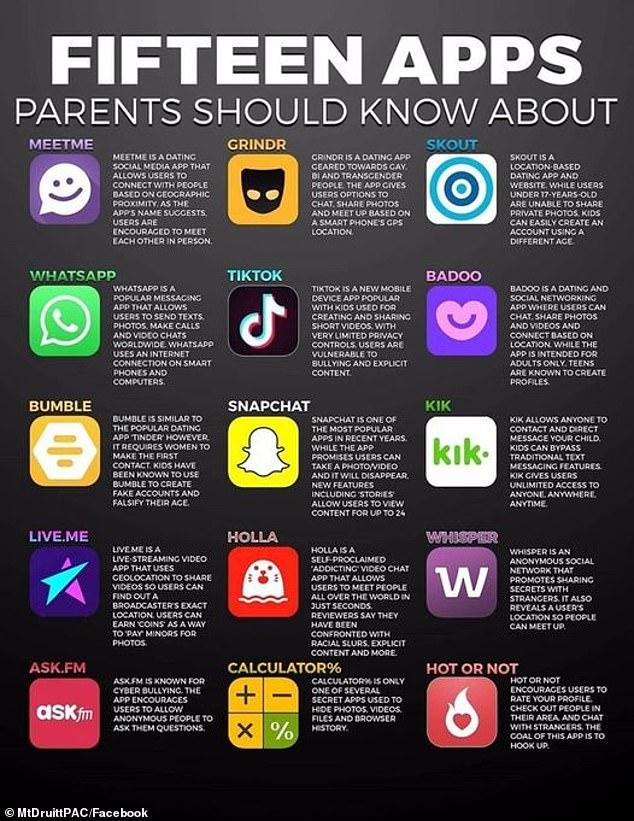 12 Dangerous apps experts warn parents to look out for

FARGO, N.D. (Valley News Live) - New social media apps are popping up constantly, making it hard for parents to keep up with what their children are exposed to. Bark Technologies is an online app that helps parents monitor their kids online habits. The company monitors more than 30 social media platforms for potentially dangerous content that could end up at children’s fingertips.

Below is Bark’s list of 12 apps that could be dangerous for children.

At the top of the list is one you’ve probably heard of. Snapchat is known for making messages and pictures disappear, but Bark Technologies warns children may not fully understand that what they are sending isn’t really gone forever, and a screenshot is just one click away. Snapchat also has a location tracker features called “Snap Map” which shares the users locations with their friends, or possibly strangers.

The picture and video sharing platform, Instagram, ranks as the second most dangerous app for children. Bark officials said the app has followed Snapchat’s footsteps by adding a disappearing photos and messages feature.

Children struggle with virtual etiquette when their names are attached, but Yik Yak piles on the anonymity factor, and Bark official said it’s making a resurgence. Yik Yak allows users to post anonymous messages and people within a five-mile radius can read the public posts.

“Yik Yak is also a breeding ground for bullying, especially when it becomes popular on school campuses. Rumors can be posted and spread like wildfire. Another threat to watch out for is content that promotes sexual assault and violence, an issue the app had back in 2017.” Bark officials write.

The video game pits four to 10 players against each other to uncover the secret “imposter” in their group. Among Us made the lists because the phone and tablet game features a a chatroom for discuss amongst players. Bark officials said the chat is censored, but profanity and violent language can be common. 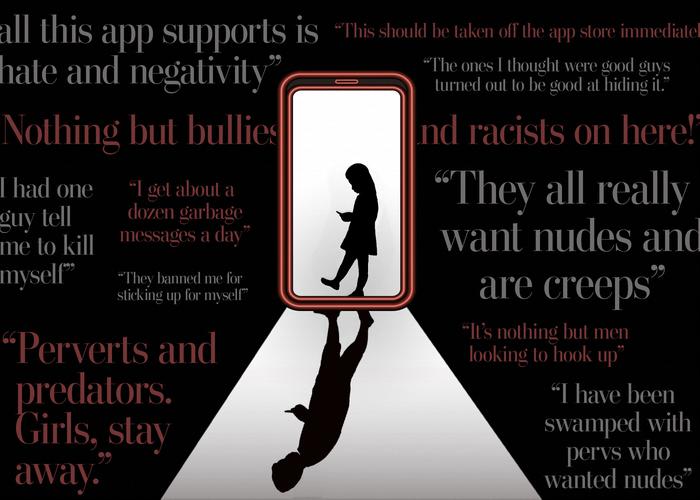 Another anonymous app that can be dangerous, Omegle. It’s an anonymous website that pairs users with strangers all over the world. Children these days have been known to go on Omegle looking for excitement during a sleepover much like oldergenerations did with prank calls or AOL chat rooms. Predators can use the anonymous site to groom children. They can also save photos and videos from their encounters.

Another app to make the list which you may not have heard of is called Hoop. Bark officials describe the platform as a cross of the dating app Tinder and social media app Snapchat. The site allows children allows as young as 12 to swipe through profiles and start up conversation with strangers. The profiles share information like age, gender, and pictures, and people can request a person’s snapchat username to continue the conversation. Hoop claims that users over 18 years old will not be shown kids’ profiles. However, Bark Technologies warns the app seems ‘a little too close for comfort.’

Kik Messenger is a direct messaging app that Bark officials said has almost no redeeming value. The platform states that’s it for kids 13 years and old, but the Apple App Store rates Kik Messenger as inappropriate for anyone younger than 17. Users can message friends and family members, but also strangers. This leaves the door open for potential predators to connect with victims.

These apps are used to compile and hide content on phones and tablets. Vault applications often disguise themselves as harmless apps, a popular one being a fake calculator, which Bark officials said parents usually wouldn’t think twice about.

“Whether they’re hiding off-limits apps like Snapchat or even inappropriate photos, nudes, or racy memes, vault apps can spell trouble,” the list said.

Roblox is a video game with a similar concept to Minecraft. The game is popular among kids five to 12-years-old. Users can create and publish their own games. Bark Technologies said like with any app with user-generated content, there is a chance that children could stumbled upon inappropriate or dangerous content while playing.

Unlike Among Us or Twitter, Yarn isn’t a game or social media app. Rather, it’s a reading app. The website tells stories through fake text messages that can be either scary or sexual in nature. Some story titles on the app include “Send Nudes?,” “He’s Watching Me,” “Serial Slasher,” and “Sexting 101.”

At the end of the list, Bark Technologies officials said children may not realize how dangerous the apps they are on can be. The company recommends parents spark conversations with their children, and weigh the pros and cons of the games, social media platforms, or reading apps they want to download.