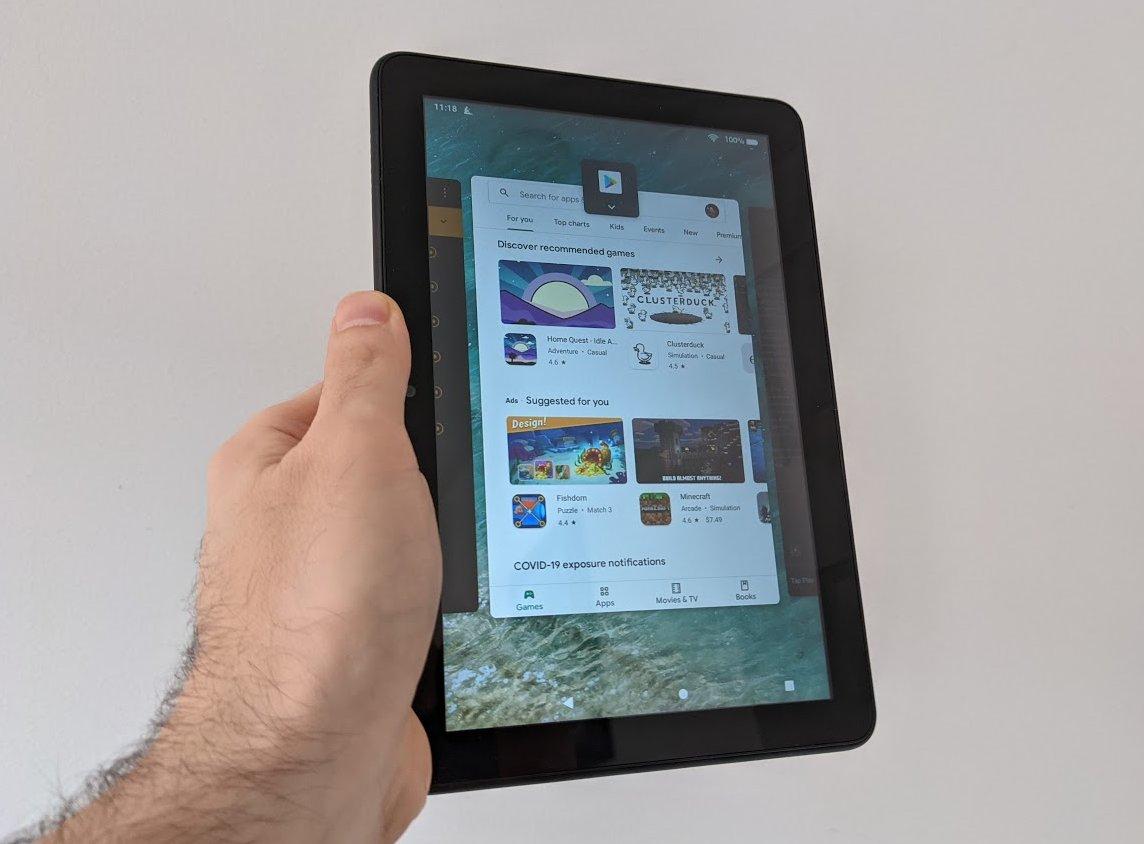 Amazon’s Fire tablets offer a lot of bang for the buck. With list prices starting as low as $50, they’re cheaper than any iPad, and more affordable than most Samsung tablets. They often go on sale for even lower prices – ahead of Black Friday, Amazon is selling Fire tablets with prices starting as low as $35 for a 7 inch tablet, $45 for an 8 inch model, or $75 for a Fire HD 10.

But despite their low prices, Fire tablets tend to have decent displays, good battery life, and acceptable performance (considering the low price tag). They’re also somewhat hackable – if you don’t like the limitations that Amazon puts on the tablets, you can use install the Google Play Store by downloading and installing a few apps. Or you can use a third-party utility like Fire Toolbox to modify the look and behavior of Amazon’s tablets.

While Amazon’s Android-based Fire OS is probably fine if all you need is a simple device for web surfing, watching videos, and maybe playing some light games.

But Fire OS doesn’t ship with the Google Play Store and Amazon doesn’t make it easy to change your keyboard, lock screen wallpaper, or many other settings. That’s where the unofficial Fire Toolbox app comes in.

While you cannot install custom ROMs on most recent Fire tablets, Fire Toolbox provides you with a way to make Fire OS feel more like stock Android.

Folks have been finding ways to modify Fire tablets for years, typically with command line tools. Fire Toolbox combines many of those tools into one application and makes the process a little more user friendly thanks to a graphical user interface with a series of menus that you can explore.

Among other things, Fire Toolbox lets you:

Fire Toolbox 25 is the most recent version of the utility as of mid-November, 2021 and it includes new and updated features that offer improvements for saving a backup of your tablet’s data to a computer, options for tweaking the user interface of the Toolbox utility, an option to install Google Contact and Calendar sync services along with Google Play Services, and many bug fixes and performance enhancements.

The developer has also recently added support for Windows 11, a notification center to alert users of potential issues or other news, added new custom keyboard options (OpenBoard and Google Keyboard), and more. You can find more details in the changelogs at the xda-developers forum.

It’s also a little easier to sideload Android applications from your PC (which you can download from sources other than the Amazon Appstore or Google Play), replace Amazon’s Alexa voice service with Google Assistant, and perform other tweaks to customize the software on your Amazon Fire tablet. 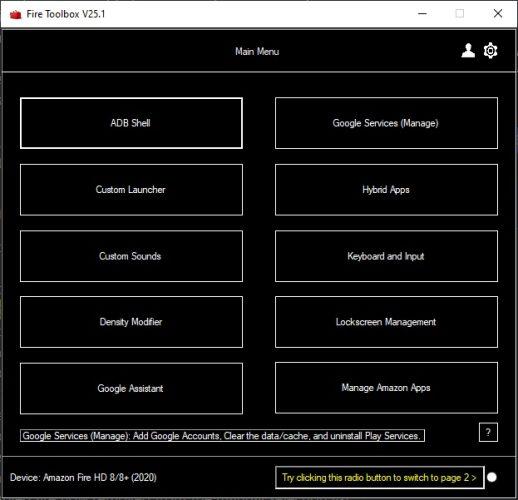 There’s also a tool that lets you remove lock screen ads from Fire tablets – but when doing so, you’ll see a warning message that makes it clear that the official way to do that is to pay Amazon $15, but maybe you bought a used tablet on eBay and didn’t even know that there were “special offers” on the lock screen? Fire Toolbox provides a way to disable them for free.

Note that the Fire Toolbox will also frequently recommend you block automatic updates from Amazon in order to ensure that hacks you make using the tool aren’t overwritten by future Fire OS updates. Just keep in mind that if you go down that road you may also be blocking potential security updates, so proceed with caution.

Fortunately, Fire Toolbox developer DataStream 33 found a semi-functional workaround about a month later. Starting with Fire Toolbox v26, the software uses an older method allowing users to change the default launcher application. Rather than uninstalling the default Fire OS launcher app, Fire Toolbox lets you basically hijack the home button so that pressing it will take you to the third-party launcher of your choice.

Unfortunately this method won’t survive a reboot, so if you ever have to reboot your tablet running Fire OS 7.3.2.2 or later after changing the default launcher app, you’ll likely see the default Amazon Fire Tablet launcher/user interface at startup and you’ll need to run the Fire Toolbox software again to set your preferred launcher.

Folks running Fire OS 7.3.2.2 or later also won’t be able to block over-the-air updates, so if you do find yourself with a Fire tablet running an earlier version of Fire OS and you want to keep it as hackable as possible, you may want to try disabling OTA updates.

OK, so let’s get down to hacking our tablets.

In order to use Fire Toolbox on a recent Amazon tablet, you need to:

You can find the latest version of Fire Toolbox at the xda-developers forum.

In the market for a cheap tablet, and need help figuring out which Amazon Fire tablet may be right for your needs? We’ve got your covered with our spec comparison table for Amazon’s current-gen tablets:

This article was originally published Nov 30, 2020 and last updated February 2, 2022 with more information about Fire Toolbox 26.1 and how it allows you to use third-party launcher application with Fire OS 7.3.2. or later.

Liliputing's primary sources of revenue are advertising and affiliate links (if you click the "Shop" button at the top of the page and buy something on Amazon, for example, we'll get a small commission).

But there are several ways you can support the site directly even if you're using an ad blocker* and hate online shopping.

Contribute to our Patreon campaign

* If you are using an ad blocker like uBlock Origin and seeing a pop-up message at the bottom of the screen, we have a guide that may help you disable it.
Prev
Next