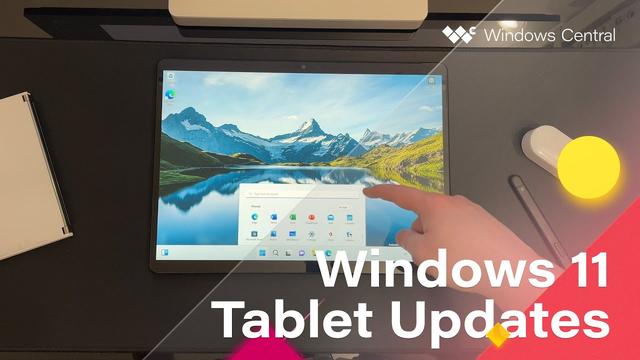 The last few weeks have been huge for Windows tablet users. Microsoft shipped three new preview builds of Windows 11 all chock full of improvements and changes specifically for tablets and 2-in-1 devices. After Windows 8, Microsoft really stepped back from trying to make Windows work well on tablets, and the Windows tablet market suffered as a result.

So, what's actually new for tablets in the last few preview builds? Let's dive in. 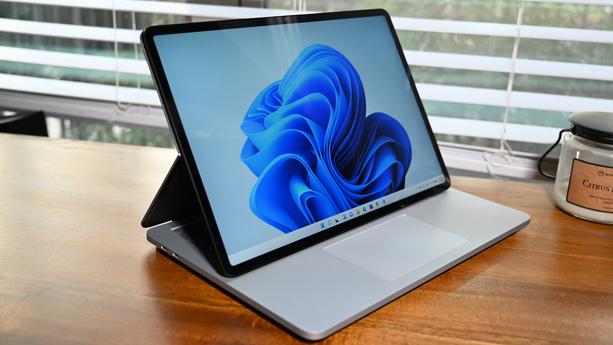 Microsoft has made several subtle but key changes to the user experience when running on a tablet or 2-in-1 in tablet mode. The most notable change in this area is with the introduction of a minimized taskbar interface, designed to take up as little room as possible when you're not actually using it.

If you've ever used an iPad or Android tablet, you'll know that system interfaces such as the "dock" often get out of the way when you enter an app. Apps run full-screen most of the time, and if you want to access a system UI such as the task switcher or app dock, you have to perform a gesture to access those areas. Now, the same UI paradigm applies to Windows 11 when running on a tablet.

To access the Taskbar, you simply swipe up from the bottom of your display just like on any other modern tablet OS. The Taskbar itself is now also quite a bit larger, with bigger icons and hit targets that make it easier to use with a finger.

Microsoft is also introducing new touch gestures for accessing things like the Start menu and Quick Settings panel. Now, you can swipe up from any point on the Taskbar to access the Start menu, or swipe up from the System Tray to access the Quick Settings panel. This is a really fluid and natural gesture that makes accessing these common interfaces super easy.