HSBC is reducing its UK branch network by more than 10 per cent, citing rapidly declining footfall as the pandemic has accelerated the shift to digital banking.

The closure of 69 of its 510 branches reflects a wider industry move away from expensive high street locations in favour of more popular and cost-effective online offerings.

HSBC said fewer than half of its customers actively used its branch network, with a 50 per cent average decline in footfall since 2017. The lender plans to “reshape” its remaining network to include free tablets and training to vulnerable customers in areas where branches are closing, and provide standalone self-service cash machines for communities that remain dependent on cash.

“The way people bank is changing — something the pandemic has accelerated,” said Jackie Uhi, head of HSBC UK’s branch network. “Our branches continue to support people with their more complex banking needs, but the way we can do this has also evolved.” 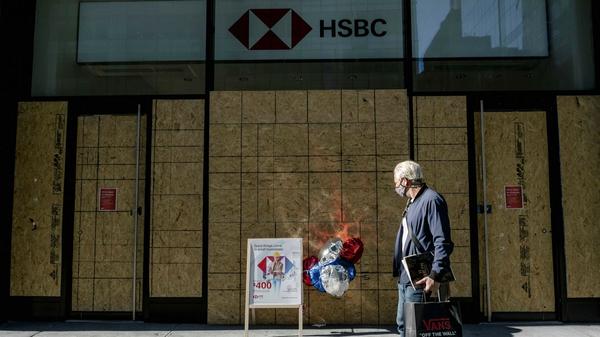 A number of London branches will close by the end of the year, and other cities affected will include Birmingham, Manchester and Bristol.

Between 2012 and 2021, the number of UK bank branches fell from more than 11,300 to less than 7,000 according to the Office for National Statistics. The pandemic has further boosted the uptake of digital banking and cashless payment methods such as contactless cards.

In November, TSB announced it would close 70 branches in 2020, and said 90 per cent of transactions took place on digital channels last year, while branch-based Metro Bank announced its first closures in its annual results last month.

Nevertheless, rural communities, vulnerable groups and the elderly are among those who remain more reliant on bank branches and risk being forced to travel significant distances to access their services. HSBC said customers would have to travel for an average of four miles if they wanted in-person service.

In December, HSBC was among the lenders that said they would support a new initiative to maintain access to cash alongside the Post Office through shared hubs with a rota of community bankers from participating institutions. Five hubs are due to open this year, following two trials in 2021.

Vim Maru, group director for its retail bank since 2017, will leave after handing over his duties, while group chief operating officer Dave Gledhill, who joined last year, will not be returning to the group after a period of ill health.