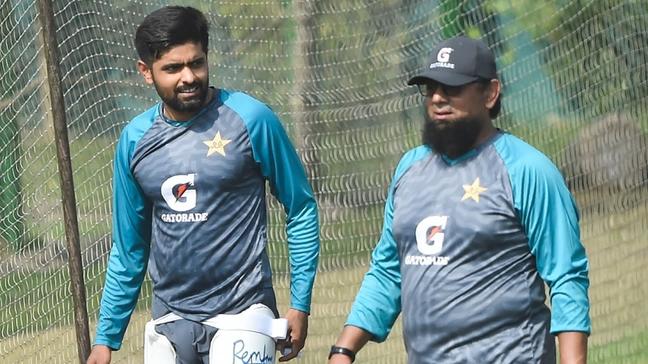 Mohammad Yousuf, meanwhile, has been roped in as batting coach for the home series against Australia

Saqlain Mushtaq is set to continue as Pakistan's head coach on an interim basis for another 12 months, while the PCB has also named former Australia quick Shaun Tait as fast-bowling coach for 12 months. Former Pakistan batter Mohammad Yousuf, meanwhile, has been roped in as batting coach for the Australia series which is scheduled to begin on March 4 in Rawalpindi.Saqlain, along with Abdul Razzaq, was appointed as interim coach following Misbah-ul-Haq and Waqar Younis' exit in September last year.The PCB had given an advertisement for five coaching positions - national high performance, batting, bowling, power-hitting and fielding - in December last year and had set a deadline for application as late January.Tait is the only one to have taken up the position via this process for now; the other appointments were made on the basis of internal arrangements - instead of hiring new coaches based on the advertisement, the PCB promoted coaches from the high performance centre to the national set-up on an interim basis. ESPNcricinfo understands there were at least 12 applications for the various coaching roles overall but only the individuals who had applied for the role of bowling coach were shortlisted and interviewed, out of which Tait was finalised.Since Ramiz Raja's appointment as the chairman of PCB, there have been many changes in the set-up starting with Misbah and Waqar leaving their roles ahead of home series against New Zealand. Saqlain, who was the head of international players' development at the high performance centre in Lahore at that time, was promoted as head coach but his initial tenure ended with the Bangladesh tour in December.ESPNcricinfo understands that Saqlain had submitted his resignation following the tour but Ramiz persuaded him to continue in the role for another year, with at least eight assignments including the T20 World Cup and Asia Cup coming up. While Yousuf and Abdul Majeed (fielding coach) have been appointed just for the upcoming series, it is understood the PCB will make assessments during the Australia series before appointing anyone on a full-time basis.The position of power-hitting coach is yet to be filled.Pakistan's support personnel: Mansoor Rana (manager), Saqlain Mushtaq (head coach), Shahid Aslam (assistant to head coach), Mohammad Yousuf (batting coach), Shaun Tait (bowling coach), Cliffe Deacon (physiotherapist), Drikus Saaiman (trainer/strength and conditioning coach), Abdul Majeed (fielding coach)Saqlain MushtaqShaun TaitMohammad YousufPakistanAustralia in Pakistan 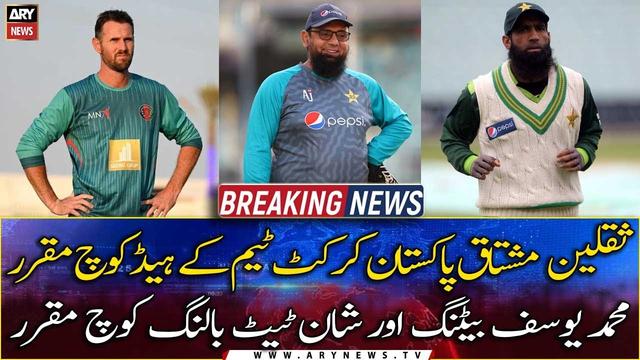