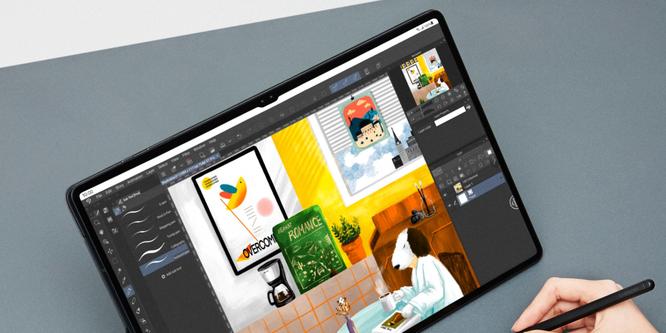 screenrant.com Is The Galaxy Tab S8 Ultra The Best Android Tablet Of 2022?

Samsung's Galaxy Tab S8 Ultra is the most decked-out Android tablet, and it even surpasses Apple's expensive 'Pro' tablets in many key areas.

Samsung has lifted the cover from a giant tablet that is fittingly called the Galaxy Tab S8 Ultra, and it just might be the best (read: powerful and pricey) Android tablet that hits store shelves this year. Of course, the Android tablet market is not really competitive, and Samsung has been the sole brand that has been regularly serving flagship-tier tablets to offer a decent iPad alternative.

The freshly unveiled Galaxy Tab S8 and Tab S8 Plus both bundle top-tier specs in a sleek chassis outfitted with a ton of bells and whistles. Outside of Android, Apple’s ‘Pro’ iPads have been upping the ante with each generation. For example, the latest iPad Pro offers a number of great features including a desktop-grade M1 processor, a mini-LED display with 120Hz adaptive refresh rate, the trusty Face ID biometric system, and a LiDAR scanner for AR applications. 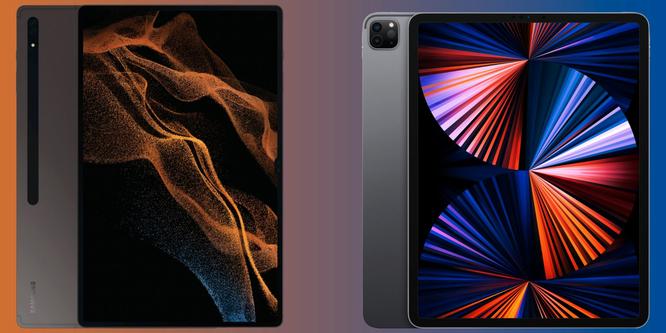 In 2022, Samsung wants to take the lead, and that means going big in all departments. The result of this endeavor is the Galaxy Tab S8 Ultra. This thin slab of glass and metal offers a 14.6-inch screen, which is bigger than Apple’s pricey 14-inch MacBook Pro and a vast number of thin-and-light Windows laptops. The screen is a 2960 x 1848 display that translates to a pixel density of 240 PPI, which is just shy of the 264 PPI figure achieved by the 12.9-inch iPad Pro. The Super AMOLED screen supports a 120Hz refresh rate and also has a notch at the top housing dual front-facing cameras. It can play 8K videos at up to 60fps and hides a fingerprint scanner underneath for authentication. The tablet’s chassis is made out of Armor Aluminum which is said to be 30 percent more scratch-resistant and 40 percent more durable than Samsung’s last-gen flagship tablets.

Just About Everything In Here

One UI 4.0, based on Android 12, brings features like DeX support with screen mirroring, transparent app windows, and password-protected file sharing among others. A 4nm processor — Qualcomm’s Snapdragon 8 Gen 1 or the in-house Exynos 2200 — paired with up to 16 gigs of RAM and 512GB of storage will offer plenty of horsepower. Importantly, Samsung’s engineers saved some space for fitting a microSD card slot that allows storage expansion by another 1TB. That extra storage is crucial since Samsung is presenting the tablet as a creative powerhouse that doubles as a secondary monitor and will be able to run LumaFusion for editing 4K videos on the go. In a bid to really appeal to digital artists, Samsung is also bundling its improved S Pen in the retail package. Unlike Apple and its $349 Magic Keyboard case for the iPad Pro, Samsung's website is also offering the backlit keyboard folio case as a freebie when purchasing its massive tablet.

The juice is provided by an 11,200 mAh capacity battery that supports 45W fast charging and doubles as a power bank for reverse charging a Galaxy S22 series phone. The rear lens array includes a 13-megapixel main camera and a 6-megapixel ultra-wide camera. Where the Galaxy Tab S8 Ultra really leaves the iPad Pro far behind is the front camera setup that includes a 12-megapixel main snapper and a 12-megapixel ultra-wide-angle camera. Similar to Apple's Center Stage tech, Samsung has also implemented an auto-framing system that always keeps users in focus and pans the view as more participants join a video call. A triple-mic array handles audio input while quad Dolby Atmos-tuned speakers handle multimedia needs. Support for Wi-Fi 6E standard and 5G should ensure that users get ample bandwidth for even the most demanding tasks.

Auto-Switch automatically switches earbuds connection between the tablet and Galaxy S22 series phones, and Samsung Health has also made its way to the tablet platform this year. Another huge bonus is that the tablet will get four generations of Android upgrades and security updates for five years, which is simply unmatched in the Android ecosystem. Samsung hasn’t really cut any corners with the Galaxy Tab S8 Ultra, save for the absence of wireless charging and the 3.5mm headphone jack. While this no-holds-barred approach is reflected in the asking price, Samsung's Galaxy Tab S8 Ultra is just about the best choice for a no-compromise Android tablet this year.

Next: Every Samsung Galaxy Tab S8 Color & Which One You Should Buy

Nadeem has been writing about consumer technology for over three years now, having worked with names such as NDTV and Pocketnow in the past. Aside from covering the latest news, he also has experience testing out the latest phones and laptops.When he's not writing, you can find him failing at Doom eternal.