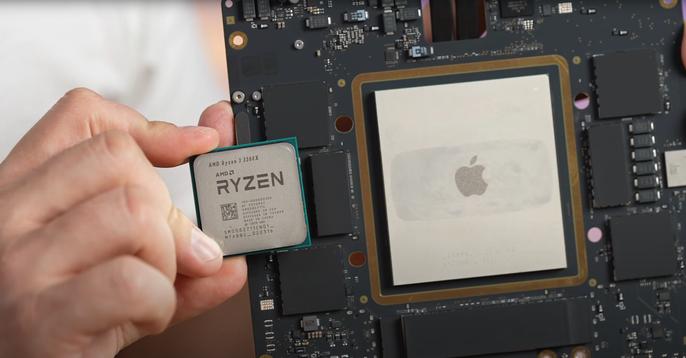 The first disassembly of the Apple Mac Studio showed how gigantic the SoC M1 Ultra turned out. It is several times larger than the Ryzen CPU

We already know that the Apple M1 Ultra SoC contains 114 billion transistors, being the largest consumer chip.It seems that the situation with the dimensions of this platform is the same.

As you can see, compared to the usual Ryzen CPU, Apple’s new brainchild is colossal in size.Apparently, the M1 Ultra is noticeably larger than even the huge Ryzen Threadripper.Unfortunately, no one has yet measured the area of ​​a single-chip system, but this will obviously come to someone’s mind in the near future. 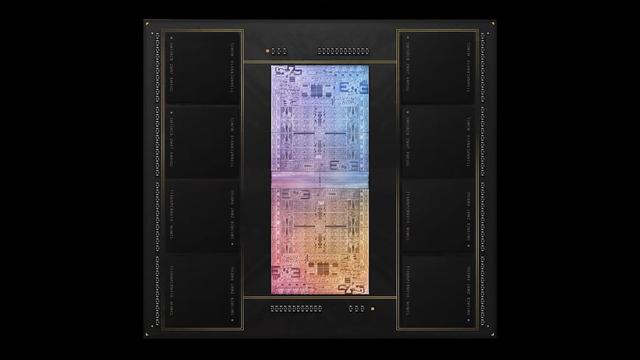 In this case, you need to understand that we are talking about the dimensions of the heat-distributing cover.And for Apple’s solution, it is so huge, among other things, because eight memory crystals are located around the SoC crystal itself.The SoC itself is much smaller than the lid.

If you look at the disassembly as a whole, you can note a few more facts.First, SSD in Mac Studio can still be changed.True, it is not yet clear whether there are any software restrictions in this regard.Secondly, the disassembly process itself is not the easiest and most convenient.Also, as always in the case of Apple products, everything inside is decorated very neatly and beautifully in its own way.By the way, the thermal paste is applied just in the place where the SoC crystal is attached to the lid, and on the cooler just in this place, apparently, the heat pipe is in direct contact with the M1 Ultra.

In addition, the size of the board is certainly impressive.In fact, one of the highest performing consumer PCs on the market fits on a board about 10 x 10 cm.