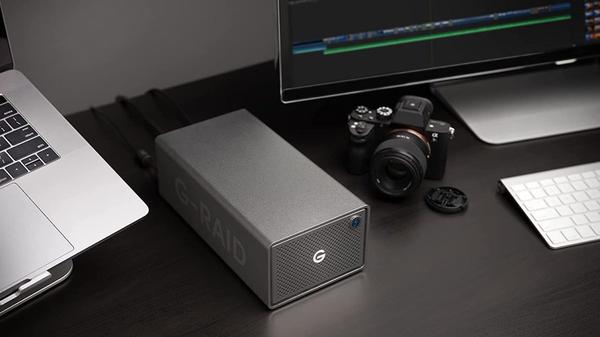 The best hard drives for video editing in 2022

Video editing requires fast data transfer speeds compared with photo editing. Video files are always much larger than still images, which isn’t surprising given that there are tens - even hundreds - of frames captured per second, including audio data that also requires storage. So when getting into video editing proper, it’s not just a case of grabbing the cheapest hard drive off the shelf.

Fortunately, there are a range of storage devices designed for this very purpose. They often come in large storage capacities, with blisteringly fast transfer speeds, and sometimes feature additional connection ports for memory cards, displays, or the ability to hook several devices together in a daisy chain, maximizing their use.

What you see is what you get with this extremely portable SSD. Fast transfer speeds of up to 2000MB/s, a USB-C connection with USB 3.2 Gen 2x2 speeds, and it's small enough to slip into your pocket - even that tiny one inside your jeans pocket!

It features a handle in which to fit a carabiner to attach it to other kit or a backpack, and it’s designed to be rugged and water resistant, with two-meter drop protection and an IP55 water/dust ingress rating. The only downsides are that you won’t be able to daisy chain this with other devices and there’s a capacity limit of 4TB. But this is still a solid SSD for this size, and price is absolutely incredible. 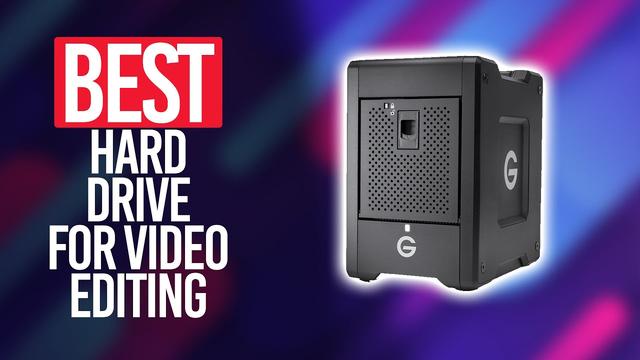 Utilizing a speedy Thunderbolt 3 connection, this portable SSD can transfer data at up to 2800MB/s, which is fast enough to multi-stream 4K and 8K footage at full frame rates without issue. You also get a 5 year limited warranty on these drives for added peace of mind.

It’s both Mac and Windows compatible (after a reformat for Windows) and while there’s no waterproofing, it can withstand a three-meter drop and is crush-proof at up to 1000lbs, so there shouldn’t be an issue with a car running it over.

A traditional spinning disk hard drive, this storage device is built to withstand anything you can throw at it. Encapsulated in LaCie’s iconic orange rubber protective barrier, the hard drive is protected from drops up to 1.2m and is IP67-rated for protection against the elements such as water and dust. It's even crush resistant up to 2205lbs.

It’s fast enough to transfer 8K full frame video, but topping out at 130Mb/s it likely will struggle with any kind of multi-streaming without dropping in resolution or bit depth. This drive is best used as a storage device for single camera shoots or for backing up video data on-the-fly.

This dual drive hard drive is ideal for home or in-studio use since it’s rather large and has no weatherproofing to protect it from the elements outdoors. It’s both RAID 0, RAID 1 and JBOD compatible which makes it effortlessly flexible to a range of users whether the priority is fast transfer, important instant backups, or extra storage space.

Daisy chain up to 5 additional devices using the on-board connections and connect up monitors using the in-built HDMI port. A fast transfer speed of 500MB/s (limited to 360MB/s in the 8TB model) can handle multi-stream 8K video. There’s also a huge 8TB to 36TB capacity range to choose from, though things do get predictably pricey as you move higher up that storage scale!

For users that require fast backups and quick video transfer speeds - whether straight from camera or from a standalone memory card - this hefty device has you covered. Three Thunderbolt 2 connectors are complemented by a USB 3.1, USB 3.0, SD and CF card ports. It also offers a DisplayPort connection for more versatility, too.

This is certainly a device destined for a desktop as it’s large and heavy, but a huge capacity range and fast transfer speeds of up to 440MB/s make it one of the most flexible systems in this list. Just steer clear of dust and water, as that stylish metal housing isn't weatherproof.

Destined for heavy workloads and professionals, this storage device doesn’t come cheap. However, it does boast some very impressive specs and performance stats. Dual Thunderbolt 3 ports allow daisy chaining of up to 5 additional devices, while up to 85W of charging power is delivered via the USB-C connection for compatible MacBook or MacBook Pro devices.

Sustained maximum read/write speeds of up to 1000MB/s/1100MB/s respectively mean it’ll handle almost anything users can throw at it. Though its 7200RPM hard disk drives aren’t technically the fastest you can get, all four are removable for a quick workflow switch-up. It comes set to RAID 5 as default but it’s also reconfigurable to RAID 0, 1, and 10 for maximum flexibility.