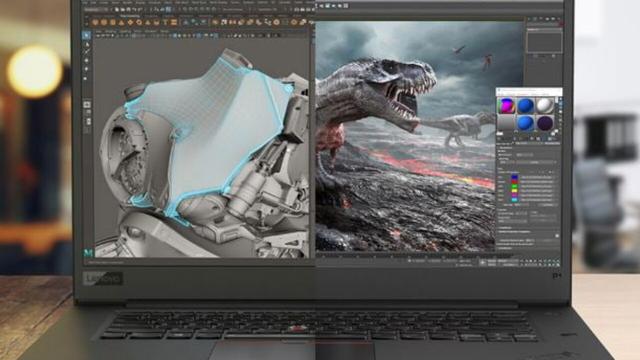 The best laptops for game development in 2022

If you're looking for the best laptops for game development to help you create your next masterpiece, then we can help. No matter if you're a professional game developer, a student or simply a hobbyist that's coding games for fun, then the laptops on this page will help you.

Games come in all shapes and sizes, from Triple-A cinematic experiences with cutting-edge graphics to simpler, less graphically intensive games that are just as addictive and successful – if not more so. If you want to play as well as create, then take a look at our guide to the best laptops for gaming. Also, get inspired by our best PS5 games and best Xbox Series X games guides.

If you want a powerful, dependable and well-built laptop for game development, and you'd also like it to be sleek, stylish and portable, then you won't find a better laptop than the Dell XPS 15.

Packing powerful components like an 11th generation Intel processor and one of the best screens on a laptop, the Dell XPS 15 makes designing and coding games a joy. Even better, you can configure it to come with an Nvidia GeForce 3050 Ti graphics card. While this isn't the most powerful GPU out there, it's still more powerful than any integrated GPU, and supports cutting-edge technology like ray tracing.

This means that while the Dell XPS 15 isn't a gaming laptop, it'll let you create, edit, render and test your 3D games, all while being slim and light enough to easily take with you no matter where you go.

CPU: Apple M1 Pro 8-core – M1 Max 10-coreGraphics: Integrated 14-core – 32-core GPURAM: Up to 64GBScreen: 14-inch Liquid Retina XDR displayStorage: Up to 8TB+Brilliant performance+Best screen on a laptop-Screen may be a bit small for some

While Apple's Mac computers aren't known for gaming on, Apple's iPhone and iPad systems have huge libraries of mobile games, and making a hit iOS (the operating system iPhones use) game can make you a lot of money. 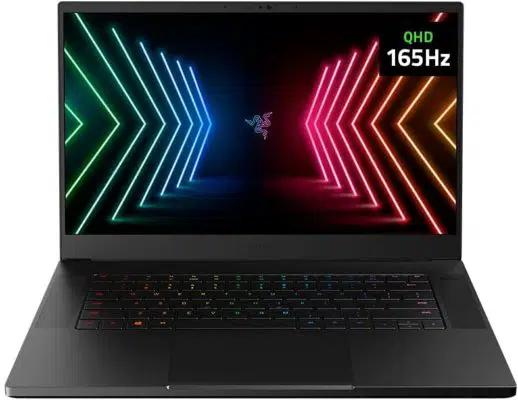 So, if you want to design iOS games, the new MacBook Pro 14-inch is a brilliant option. It's incredibly powerful, allowing you to compile code in seconds, and it can run emulations of various iPhone models to allow you to see how your game plays on Apple's smartphones.

It also has the best display you can currently get on a laptop, thanks to the stunning miniLED technology that offers astounding image quality, and it's powered by a choice of the M1 Pro and M1 Max chips from Apple. These are seriously powerful, and can run iOS games natively, so you can play your game (and check out the competition) without needing an iPhone.

If you want to do some coding but don't have a huge amount of money, then a Chromebook is a good option. The HP Chromebook 14 is a well-built machine that runs Chrome OS, and it's also a lot more affordable than a Windows laptop or a MacBook.

While you won't be able to play powerful games on this device, you will be able to to do some coding on it, and with an incredibly long battery life and thin and light design, this is a good option if you want to do some game development when you're out and about.

Of course, you can also work on Android games on this Chromebook, with Chrome OS now being able to run Android apps and games. Because these aren't as graphically intensive as console and PC games, it means the HP Chromebook 14 does a good job when it comes to testing the games. For heavier workloads, however, you're going to need to invest in a more powerful laptop.

If you're a fan of PC games, then the name 'Razer' will be familiar, as it's a brand that's well respected for making powerful gaming laptops, along with peripherals such as gaming keyboards and mice. When it comes to laptops, it packs some of the latest and most powerful tech, especially in its Blade range of laptops, and it also sells models aimed at content creators, rather than gamers.

So, the Razer Blade 14 isn't just great at playing games, it's great at making them as well, thanks to some powerful mobile components, along with Nvidia's latest and greatest laptop graphics cards. It's also stunningly designed, which means you can take this out in an office or studio and you'll get admiring looks from co-workers and clients.

The Razer Blade 14 has fantastic build quality, which also means you can take this around with you without worrying about it getting knocked or scratched. However, it is very expensive, so if you don't need this kind of power, maybe look at some of the more affordable laptops for game development on this list.

The MacBook Pro 16-inch released last year is a truly impressive laptop. This laptop for game development offers the same level of performance as the 14-inch MacBook Pro we feature above, and uses the same M1 Pro or M1 Max chip, depending on what configuration you choose.

This means like the smaller model, this is a brilliant laptop for iOS game design especially, but it also has the chops to handle complex 3D games as well. The reason the 16-inch model isn't as high in this list as the 14-inch model is because we prefer the smaller model's increased portability, which makes it more useful if you often work in various places.

The 16-inch model is a lot larger, which makes it harder to carry around. However, many people may prefer the larger screen, as it feels more comfortable to use. It also uses the same miniLED tech as the 14-inch screen, which means you're getting stunning image quality. If you would rather work on a big screen, the new 16-inch MacBook Pro is definitely worth considering, even with its high price tag.

The Acer ConceptD 7 is a powerful computer aimed at creatives and is also a great laptop for game development. It comes with a 4K Pantone-validated display, which makes your work look its very best when testing, and it comes with RTX graphics cards which offer plenty of power, and will allow you to see how your games perform on powerful gaming hardware.

While the design of this laptop is a little plain, this is a brilliant portable workstation that rivals the MacBook Pro for its build quality and performance, while running Windows 10 (which you can upgrade to Windows 11 for free). If you're not a fan of Apple of iOS, but want raw power, this is a fantastic option.

This all comes at a price, however, and the Acer ConceptD 7 is an expensive laptop. But if you're after excellent performance, and which will compile and test your games quickly, then this is well worth investing in, especially if you like the look of a MacBook, but don't want to use macOS.

Apple started its winning stream of modern MacBooks with the brilliant MacBook Air (M1, 2020). This was the first MacBook to come powered by Apple's own M1 chip - rather than Intel's hardware, which older MacBooks used.

The M1-powered MacBook Air was a revelation, offering incredible performance and battery life in the iconic thin and light design the MacBook Air has been known for. Even two years after release, the MacBook Air is a brilliant laptop for game design, offering you plenty of power to code on. And, like the MacBook Pros on this page, it can run iOS apps natively.

Best of all, the MacBook Air is more affordable than ever, and can often be found in sales for around $900/£800, making it one of the best value laptops money can buy right now. There's rumours that Apple will be releasing a new model this year with an improved M2 chip, but for now, the M1 model from 2020 remains a brilliant laptop for game development.

The ThinkBook 14S Yoga is a great choiceIf you fancy using a 2-in-1 laptop, which can be used as a traditional laptop, but can also be used like a tablet by folding back the touchscreen behind the keyboard. While it doesn't feature a dedicated graphics card (which are incredibly rare in 2-in-1 devices), it is packed with modern, and powerful, mobile components.

For writing and compiling code, then, this is a brilliant laptop. And, when used in tablet mode, you can test out how your game will work with touchscreen devices, while also making it more comfortable for reading reams of text, or for watching movies when you want to wind down. It also comes with a stylus, so if you want to create hand-drawn art for your game, this offers you a handy way to do just that.

Want to know more about game art and development? Don’t miss Vertex Week 2022, the ultimate virtual event for the digital art community. Spider's Jehanne Rousseau will be discussing the use of historic references in new game SteelRising, plus talks and tutorials from leading concept artists working in video games.