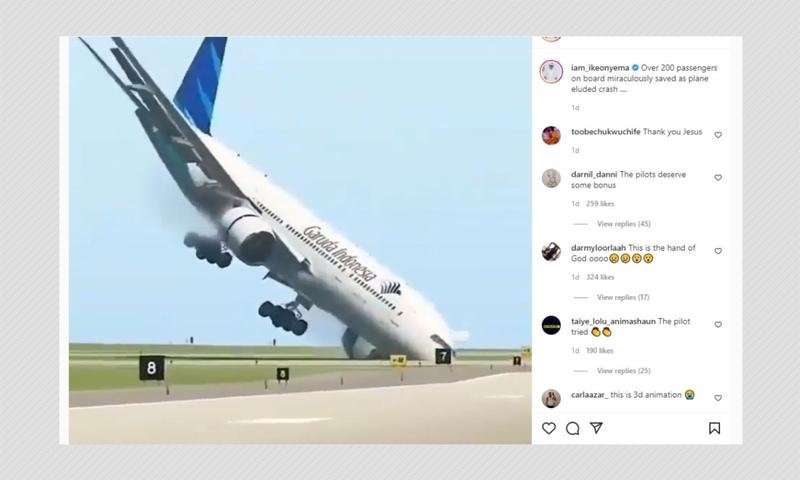 This video of a 'Garuda Indonesia plane' has been computer-generated

The 36-second video appears to show smoke billowing from a passenger plane after it makes a bumpy landing on an airport runway.

The same video was viewed hundreds of thousands of times on Twitter in Chinese, English and Russian alongside a similar claim.

Some users appeared to believe the video shows a genuine incident.

Another user wrote: "The plane is really solid". 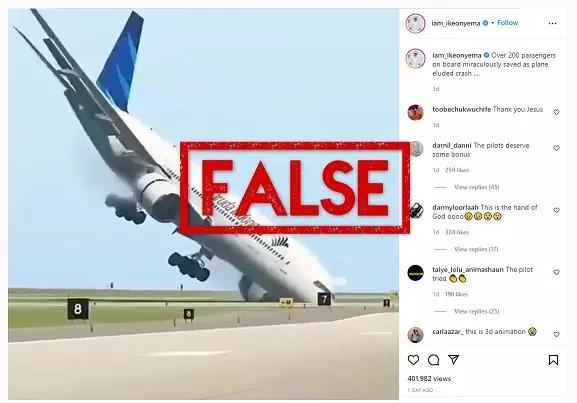 However, the video shows computer-generated imagery, not a real incident.

A keyword search on YouTube found the corresponding footage from the five-minute and 44-second mark of this video.

It was published by YouTube user Bopbibun on May 2, 2020.

Below are two screenshot comparisons of the video shared in misleading posts (L) and the YouTube video (R):

The YouTube video is headlined: "Most Crazy Emergency Landing By Drunk Pilot | X-Plane 11".

X-Plane 11 is a flight simulator software.

YouTube user Bopbibun noted on his introduction page that he creates simulation videos for fun.

"I make game videos mostly about the airplanes with the flight simulator: X-Plane 11, or FSX or P3D or with GTA 5," wrote Bopbibun. "I am not the pilot either an expert in aviation. I am just a guy who enjoys to play with flight simulators, therefore, my videos are only just for entertainment purposes".