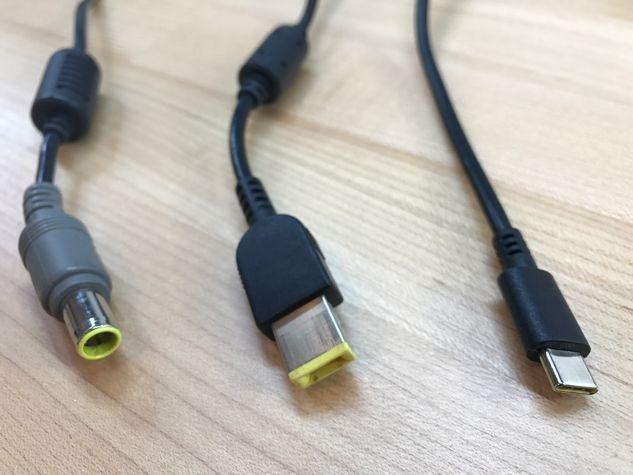 In the chart below, you can see the charge rate of the battery while running the same workloads above: WebXPRT 3 for a light duty load, Cinebench R20 for a CPU-heavy load, and 3DMark Time Spy Extreme for a GPU-heavy load.

Moving to the 100-watt charger, both the light CPU and CPU-heavy tasks would slowly charge the battery. The GPU-heavy tasks—even with the performance hit from above—would barely maintain the charge on the battery. 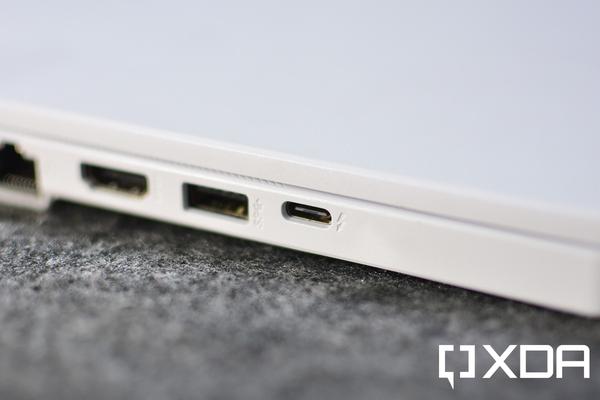 The 61-watt USB-C charger would basically discharge the battery no matter the task. Even light-duty browsing would eat into battery life. If you consider the tiny 61-watt chargers—or even smaller—you should expect to do nothing, or charge the laptop with it off or on standby.

All this adds up to degradation in graphics performance on USB-C, along with the joy of watching the battery drain during use. If that all sounds like a deal-breaker for you we can understand.

One thing we want to make clear is the biggest advantages of tiny GaN chargers. Obviously losing the bulk matters, but the other factor is weight. For comparison, here’s the weight of the stock charger—without the wall cord attached—compared to the 100-watt Aukey and the 61-watt RAV Power. For reference, we also threw in the weight of a can of Diet Coke.

The chart shows the weight in grams. That 454 grams weighs about 1 pound. The stock Asus 280 brick pushes almost 2 pounds, more if you include the wall cable.

So yes, if you could take almost 2 pounds off your shoulder while waiting in line for an hour at the airport—we understand. Just know that you are giving up a ton of gaming performance by making that choice, as well as the ability to use your laptop and charge the battery quickly at the same time.

We’d also point out that paying the premium for a fast gaming laptop, and then basically not getting that gaming performance while on the move—the very reason you boughta gaming laptop—may not make much sense either.