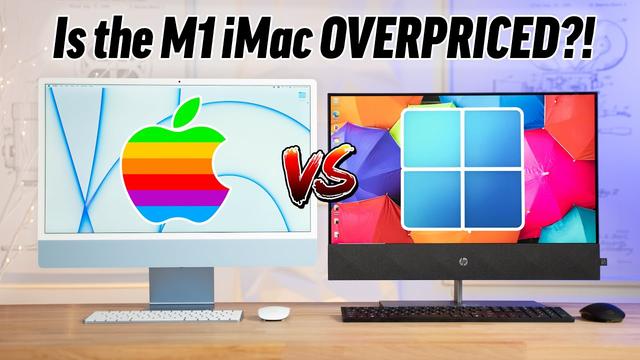 The base iMac nets you a slightly slower M1 chip, 8GB of RAM, and 256GB SSD for $1,300. Perhaps in a move only Apple can pull, the base iMac doesn’t even appear to come with Gigabit ethernet or USB-A ports. That’s a cold move, because USB-A ports and ethernet are pretty much a standard feature on every single desktop made.

Comparable Windows-based All-in-One computers offer far more value, but we have to admit that the lower end of the Windows world can get pretty ugly. Many $500 All-in-One PCs still come with poky hard drives in them. Our advice to you is not to buy a PC with only a hard drive. Hold out for the SSD.

We’ll have to wait for Apple to show the cards on how many upgrades it offers on its new iMac, but don’t expect much value.

The new 24-inch iMac features a 4.5K “Retina” (4,480×2,520) resolution screen that’s a very bright 500 nits. One area Apple rarely skimps on is screen, so you can bet only the very best Windows All-in-Ones will come close here. 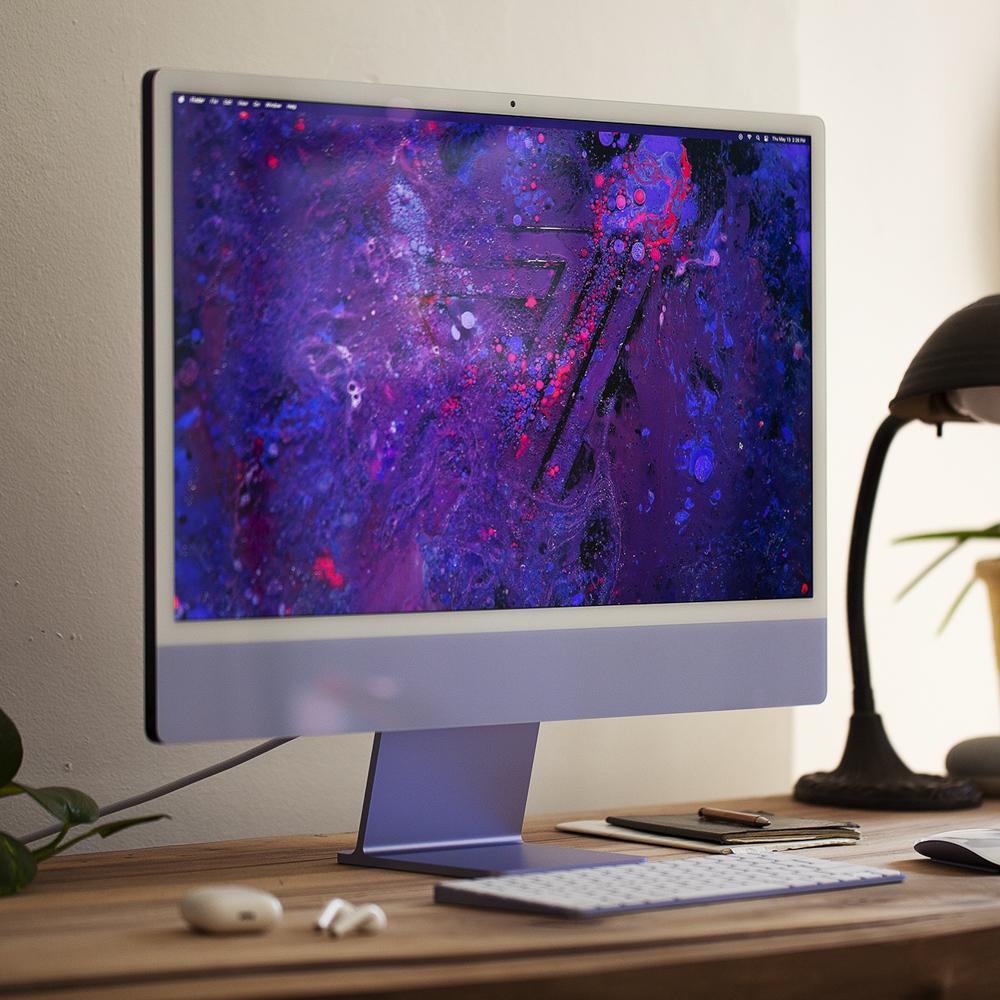 The ringer is once again Microsoft’s exorbitantly priced Surface Studio 2 and its 28-inch “PixelSense” screen with a resolution of 4,500×3,000. The Surface Studio 2 also features pen and touch support, which Apple refuses to add to its Mac line for unknown reasons. Most PC All-in-Ones run from budget 1,920×1,080 FHD panels, which can be decent, to 4K panels. HP’s Envy All-in-OneRemove non-product link features a 31.5-inch, 600-nit 4K UHD panel.

Frankly, if you want an All-in-one with more pixels, you’ll have to look at Apple’s older 27-inch iMac, which features a 5K “Retina” screen with 5,120×2,880 pixels. Like the Surface Studio 2 though, the older iMac is likely to be discontinued any day now.

Overall, given Apple’s reputation for good panels, we’re going to put the new iMac 24-inch in good company, with only the very best PC All-in-Ones competing with it on screen quality.

People who buy All-in-One PCs typically want a big screen in a space-saving package, and something that pleases their eye. Say what you will about the iMac 24, but it’s eye-catching, with its super-thin screen that looks like it was lifted directly from Microsoft’s Surface Studio 2. The rainbow of color options takes us back to the original iMac.

PC All-in-Ones run the gamut from the elegant Surface Studio 2 or HP’s Envy All-In-One to lower-cost models that often look like they descended from a cash register. This really comes down to the eye of the beholder.

Performance: Too close to call

Apple’s claim to fame with the new iMac 24 is the use of its well-received M1 processor, which can hang with the very best CPUs from AMD and Intel. The M1 does need native applications to perform the best, but it’s likely to hold up fairly well compared to most PC all-on-ones. We’d expect it to outperform most budget PC All-in-Ones, which feature lower-cost and slower-performing Pentium and Core i3 CPUs. We’d also expect it to compete fairly well with mid-range Windows All-in-Ones, which often run mobile CPUs instead of desktop CPUs.

The reason Apple didn’t tout the new iMac 24 as a Windows All-in-One killer is because you can get fairly beefy performance in some models. That HP Envy All-in-One 32 we mentioned earlier, for example, is built on an 8-core desktop Core i7-10700 and runs a GeForce RTX 2070 or GeForce RTX 2080 for graphics. Yes, that annoying Apple fanatic in next cubicle may want to yammer about how fast the M1 is (and it is decent), but we guarantee the HP Envy 32 will crush that iMac 24 on performance.

Of course, if you really care about performance on a desktop computer, don’t buy an All-in-One computer. Buy a traditional tower desktop instead.

If you want to talk about upgrades, you probably shouldn’t have bought an All-in-One. The only options you can replace on some All-in-Ones are RAM and storage.

With the iMac 24, even those two options are off the table, as it features soldered-in RAM and storage. But let us go back to square one: Don’t buy an all-in-one if you care about upgrades.

We’ll end on something that should be mentioned as a standout feature of the new iMac 24: acoustics. And no, we don’t mean how good the speakers sound (although Apple tends to have generally good audio). We mean by how loud the computer gets. By using what is essentially an iPhone SoC on steroids, the M1 produces an amazing amount of performance while producing very little heat.