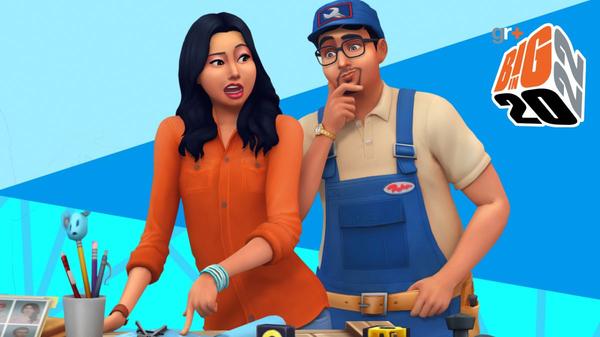 It's 2022 and The Sims 4 is now in its eighth year of updates and expansions, making it the longest-reigning Sims title yet. While rumors ofThe Sims 5persist, we've yet to hear confirmation from EA or even a whisper of a release date, so expect new content, updates, and more for The Sims 4 in 2022.

EA recently announced a vague roadmap for The Sims 4 in the form of a New Years celebration post, offering players "simthing" to celebrate and look forward to this year. While there aren't any details or dates, we know we're getting a new Game Pack, two new Kits, community collaborations, among other things. EA also recently rolled out a new feature called Sims Delivery Express or SDX which makes updating and adding new, free content easier than before.

Right now, the Sims community seems fairly split – some players are growing tired of the game and are eagerly waiting for a sequel, while others are enjoying the regular updates and newest game packs. So, should you play The Sims 4 in 2022? Let's get into it.

2021 was a big year for The Sims 4 in both good ways and bad. In early March, EA announced a new form of paid content called Kits, which offered bite-sized bits of content for the price of a latte (with dairy milk, not oat). But despite the Kits' low cost, players were frustrated at the addition of even more paid content. And so,The Sims 4 Kits controversy kicked off, with community members openly raging about the cost of content and imploring EA to offer up more freebies. 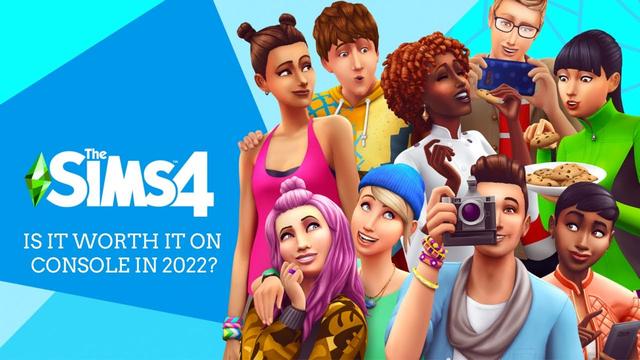 EA listened, dropping several free updates for skin tones, hair, gameplay features, and more throughout the rest of the year. And it certainly seems like they'll continue to offer free updates in 2022, as the first two SDX content drops have already delivered the goods – albeit in rather small packages. I think it's safe to assume there will be more substantial

SDX updates in the future should include more than just a single hairstyle or some holiday food. EA can use this format to add more themed goodies, more Create-A-Sim components, and more build items without tasking players with updating the base install, as SDX items download quickly in-game.

However, after unpacking the vague "road map," it's clear that EA isn't giving up on Kits just yet, which will likely leave players divided. Kits are a great way to get a handful of new content without shelling out more than a few bucks, but it does beg the question: what's the true delineation between free and premium content? If a balance can be struck between Kits and SDX content, it'll demonstrate to players that EA is acting in good faith and investing in The Sims 4's future. If not, expect another year of rather vocal Sims players adding to their wish lists and doing the math to figure out just how much all the DLC in The Sims 4 actually costs (it's a lot).

2022 has the potential to be a year of balance, with EA putting both free and paid content on the table. If the paid content is as good as last year's, then I can safely say 2022 will be a solid year for Simmers. And if The Sims 4 Reddit is correct, we may already know what the newest expansion pack will be…

EA smartly taps into its Sims community at almost every turn, asking for opinions on upcoming Expansion Packs, Game Packs, community collaborations, and more. Reddit useru/Ramusu20 pointed outthat a recent survey about future content included a Game Pack called The Sims 4 Love Life. The pack includes the chance to "go on a variety of dates at all-new locations or be the matchmaker for your friends." The details include features like blind dates and group dates at new locations, bachelor/bachelorette parties, and weddings that are "bigger than ever." It's very likely that this will be the new Game Pack hinted at in the road map, so if you're into matchmaking and reality TV dating shows, The Sims 4 is about to get very fun.

While the reactions to a potential Love Game Pack are mixed, overall players seem excited about the Sims 4 2022 roadmap. The more EA leans into the strength of the Sims community, the better the game gets, and it's clear that there's plans to continue collaborating with Simmers this year. In 2021, collaborations with the community brought us some great new content - EA started bringing in famous Simmers to build houses for their new Expansion Packs and began responding to community feedback with tangible changes and content updates.

The Sims 4 has made some impressive strides when it comes to inclusivity within these last few years, thanks almost entirely to community pressure. Thanks toXMiraMira's melanin pack, which EA credits as inspo for adding over 10 new skin tones in 2021, there are now more varied and high-quality darker skin tones. And in arecent announcement, EA and Maxis committed to adding customizable pronouns, an addition that Simmers have been asking for for quite some time. As of now, there will be four options: He/him/his, she/her/hers, and, they/them/theirs, and a fourth option that lets you type in your own pronouns.

Simmers will pine for The Sims 5 and more open-world exploration and better customization until they get it – after all, The Sims is about expanding creativity and unlocking inspiration, so we're always gonna want more. But The Sims 4 was in a good place by the end of 2021, and it looks like 2022 will be even better.

We can expect more free updates that will hopefully add a handful of items in the form of SDX, more bite-sized bits of content in Kits, and potentially a long-awaited Game Pack that will focus on matchmaking, love, and all the fun drama that comes with it. EA seems focused on upping the game's inclusivity and keeping the community involved, so while the Sims 5 is still pined after, The Sims 4 will be in good shape this year.

GamesRadar+ is exploring the biggest games of the new year with exclusive interviews, hands-on impressions, and in-depth editorials. For more, be sure to follow along with Big in 2022 throughout January.