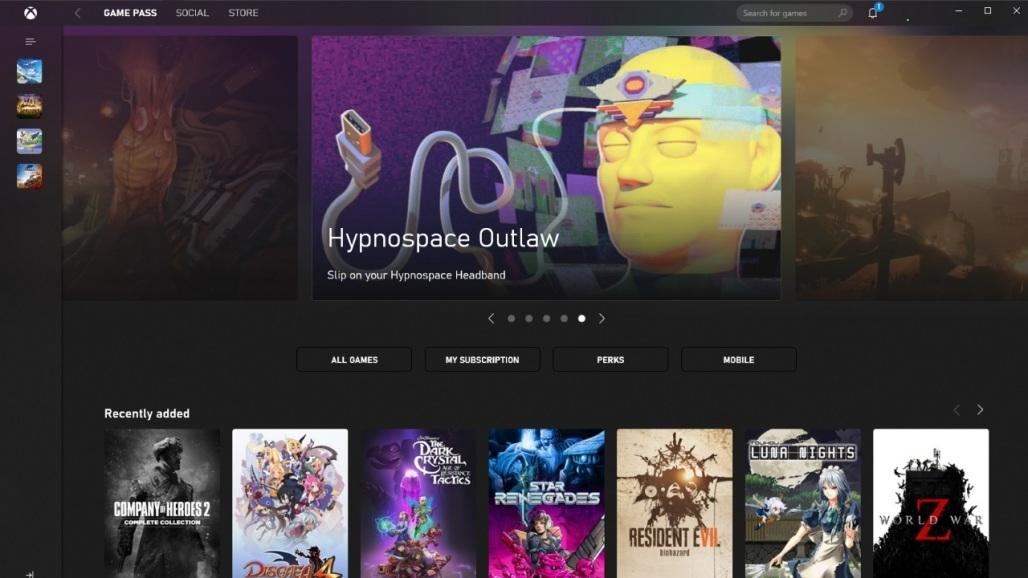 With Windows 11, Microsoft Makes Every PC an Xbox

Microsoft has a long, fascinating relationship with video games. The company's associated with the PC, a platform where more than a billion people play games. Meanwhile, for the past 20 years, the Xbox has reigned as one of the top video game home consoles, despite some consoles being better received than others.

Historically, PC gaming and console gaming existed as separate entities. The former favors high-powered custom machines; the latter focuses on mass accessibility. Still, Microsoft, more than any other company, has the unique position and driving passion to bridge that gap. Windows 11 may not fully merge all of gaming into the long-awaited singularity, but it’s Microsoft’s most gaming-friendly operating system yet. Windows 11 basically turns your PC into an Xbox, blurring the line between the two platforms.

Xbox Inside the Box

Upon powering on your PC, you can access a host of impressive gaming functionality. Microsoft’s previously standalone Xbox PC app now comes preinstalled with Windows 11. With the Xbox app, all Windows 11 owners can sync their Xbox gaming credentials to their PC, create groups and chat with friends, listen to music, tweak avatars, and track achievements. With the Game Bar utility, you can capture funny screenshots and epic videos, as well as monitor PC system performance. Beyond these supplemental features, the Xbox app offers enticing reasons to make your PC your primary gaming platform.

With the Xbox app, you can browse a large library of games to make purchase. Various categories make it easy to find exactly what you’re looking for (but sadly no games for VR headsets). You can now download games to whatever folder you want, making it much easier to mod favorite titles. The Xbox app's game selection may not be nearly as extensive as Steam's, still the best PC gaming marketplace by far, but you can buy games for your PC, as well as your Xbox console. In fact, Microsoft's Play Anywhere initiative lets one game purchase work across both ecosystems. So, if you buy Cuphead or Forza Horizon 5, you can play the titles on PC and console, with cross-platform achievements and cloud saves, for no extra charge. You don’t even need to pay for Xbox Live multiplayer on PC. 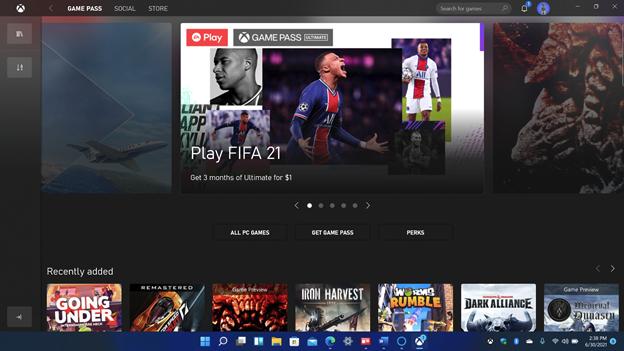 Game Pass Is a Game-Changer

Through the Xbox app, all Windows 11 users have easy access to what is by far Microsoft’s most significant new gaming platform: Xbox Game Pass. Other subscription services have tried to become the “Netflix for video games,” but Xbox Game Pass is the real deal. Starting at $10 per month, Xbox Game Pass lets you play a rotating library of excellent PC games. For $15 per month, you can enjoy Game Pass on consoles, too. Not only does the library include every major Microsoft game, from Gears 5 to the upcoming Halo Infinite, but plenty of exciting recent third-party games, such as Dragon Ball FighterZ and The Forgotten City. Games don't stay on the service forever, though, so play them while you've got them.

Xbox Game Pass exemplifies Microsoft’s commitment to bring gaming wherever you happen to be. For gaming’s audience to expand, we must lower the barriers to entry. Can’t afford a premium Xbox Series X? Opt for a cheaper Xbox Series S. Microsoft doesn’t care, just as long as you get onboard. Windows 11 is simply the newest, most convenient way to enter the ecosystem.

You don’t even need a powerful gaming PC to enjoy Game Pass benefits. Xbox Game Pass includes cloud streaming, so as long as your budget laptop (or Android phone or last-gen Xbox) has a strong enough internet connection, you can use it to play the most graphically demanding games on the market. Separate from Game Pass, you can also use the Xbox app to stream games from your console onto your PC if everything is on the same network.

Just note that this ecosystem is only as strong as its games. Microsoft has made recent, high-profile acquisitions (most notably Bethesda), but rival companies Nintendo and Sony arguably still have stronger games like The Legend of Zelda and God of War exclusive to their platforms. If you can't get your hands on a red-hot PlayStation 5, you can now also enjoy several older PlayStation 4 on PC, just not through the Xbox app.

The built-in Xbox app may be the standout feature, but Windows 11 is gamer-friendly in other ways, too. The optional Auto HDR enhances color and contrast to make games look more vivid. Faster loading times are the big new thing this console generation, and the DirectStorage tech brings those Xbox Velocity Architecture benefits to the PC. You can even expect better battery life and faster Wi-Fi 6E speeds.

Recommended by Our Editors

The Best Windows 11 Tips and TricksWindows 11 Ditches Black Screen of Death, Returns to BlueHow to Take Screenshots in Windows 11

Microsoft has wanted to increase Windows’ gaming profile for a long time. Remember the Games for Windows branding? Thankfully, they found a successful gaming vision. Xbox controllers just work when you plug them into your PC and don’t want to deal with a mouse. It may have started as a codename, but Microsoft ultimately named its Windows voice assistant, Cortana, after a Halo character.

Between the Xbox app, Game Pass, and other gamer-focused improvements, Windows 11 continues this trend, and represents the next step toward PC and console gaming’s inevitable convergence. So, whether you fire up Forza on your Xbox console or dive into Minecraft on your Xbox-powered PC, Microsoft has your back. The right way to play games is however and wherever you want to play them.

For more on Windows 11 check out our ongoing coverage. And if you’d rather stick to consoles, here are the best games to play on your new Xbox Series X and Xbox Series S.

Get Our Best Stories!