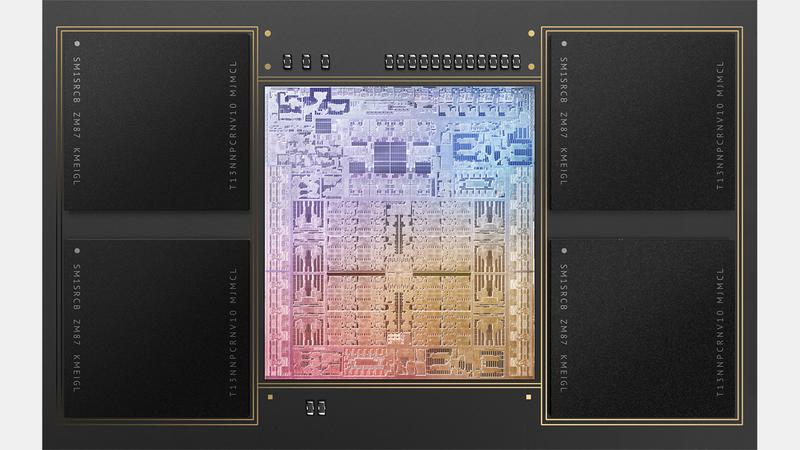 Apple is reportedly working on two new system-on-chips for inexpensive and mainstream Macs. The new M2 and M2 Pro SoCs are said to be based on the A15 Bionic architecture and will therefore feature "Avalanche" and "Blizzard" cores as well as enhanced integrated GPU, according to a report.As ever, rumors and leaks should be taken with a pinch of salt.

Apple's new M2 SoC is said to be codenamed Staten and will feature four high-performance Avalanche cores, four energy-efficient Blizzard cores, and a 10-cluster integrated GPU, reports 9to5Mac citing its own sources. Meanwhile, the rumored M2 Pro chip is said to feature eight Avalanche cores, four Blizzard cores, and an up to 16-cluster GPU. Given the fact that Apple's A15 Bionic is made using TSMC's N5P fabrication process, it is likely that M2-series SoCs will be made using the same node.

It is noteworthy that at this point Apple reportedly has no plans for M2 Max and M2 Ultra processors for higher-end PCs. This does not look improbable as Avalanche and Blizzard hardly bring significant general-purpose performance improvements compared to Firestorm and Icestorm cores used in M1 processors.

Comparison of Apple's SoCs based on official and unofficial information

Keeping in mind that current M1 SoCs also power Apple's MacBook Air and MacBook Pro 13, it is logical to expect M2 and M2 Pro SoCs to eventually find a home inside laptops, yet the report does not state this directly.

Apple will host its annual WWDC 2022 conference in May or June, where Bloomberg expects it to introduce new Macs based on Apple Silicon. That said, it is reasonable to expect Apple to introduce its M2 and M2 Pro SoCs as well as computers based on these chips at the event.

In previous M2 rumors about M2 indicated that the SoCs will leverage architectures used by Apple's next-generation A16 Bionic application processor for smartphones and tablets, which means that the SoCs will be made using TSMC's N4 node. Other rumors seem to confirm that Apple's 2nd Generation M-series SoCs could arrive in 2022 and would be made using an enhanced version of TSMC's N5 node, which means N5P, N4, N4P.

It is noteworthy that Apple is also said to be working on its M3 family of system-on-chips based on its all-new architectures and made using TSMC's next-generation N3 node. The line-up will include processors codenamed Ibiza, Lobos, and Palma, which probably means M3, M3 Pro, and M3 Max SoCs for entry-level, performance, and high-performance systems.