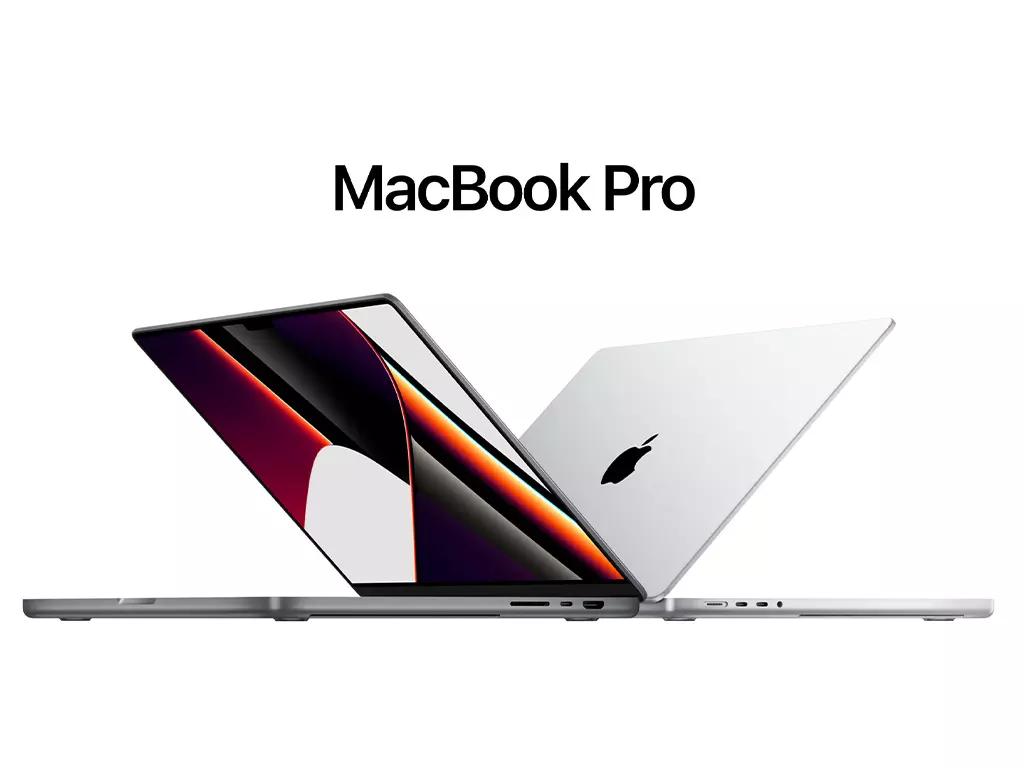 Which Mac should I buy for gaming?

For serious gamers, PCs have pretty much been the only, well, game in town. Conversely, for professional and creative types, Apple computers have always been the product of choice. And never did the two even attempt to meet. Until now. For gamers who want the best of both worlds, Apple’s latest lineup has turned the tables.

With the new M1 chips introduced in Apple’s 2020 silicon computers, you can get a pretty high-performing machine that just about eliminates the gap between Mac and PC performance. If you want to game in addition to the myriad other uses you can get out of Apple computers, previous models just can’t compete. It’s M1 or bust. While software is still limited, meaning your game library will be a little short-stocked for now, Apple silicon will be a sound investment as developers respond to this new entry into the computing competition.

While Apple computers are often lauded for their user-friendliness and charming design, their Intel-based hardware and software limitations used to make playing many modern video games challenging. Apple’s new M1 chip, however, is a game-changer. Many models that were previously ill-equipped for gaming are now competitive gaming options in the personal computer market. Apple abandoned its partnership with Intel to power its computers with custom silicon M1 chips in June of 2020. These chips are not only more powerful but more energy-efficient, outperforming their Intel predecessors by orders of magnitude across the board. Even with an external graphics processing unit, older Intel Macs struggle to keep up. While software hasn’t caught up (you can’t buy all the games you can for use on a PC), what is available on Mac will run a lot smoother with the M1 chip.

Before Apple introduced its M1 chip, if you wanted to game on your laptop or desktop, you were either stuck with Intel graphics processing units or had to run an external GPU. The former was slow, clunky and prone to overheating, and the latter — while quicker — was loud as a jet engine from overheating and expensive, to boot. Apple’s M1 chips have up to eight GPU cores that can exceed previous Intel GPUs by almost four times the speed. How does this affect gaming? For one, it means a massive jump in frames per second; your game won’t be glitchy, laggy or of low resolution any longer. And paired with the M1 core processor units, your computer won’t overheat or work itself into a tornado frenzy to cool off.

While the bulk of computing power necessary for gaming comes from the GPU (image rendering and animation), CPUs still play a crucial role in performance. Mac computers with Apple silicon have eight CPUs, and six is more than enough for gaming. Fast-paced games such as first-person shooters require at least four cores, and competitive players who use high-refresh-rate monitors need up to eight. With Macs that have the M1 chip, you’ll be able to play everything from Fortnite and Counter-Strike: Global Offensive to MMORPGs like World of Warcraft and Final Fantasy 14.

Macs with Apple silicon use RAM in a completely new way, which is in part why its RAM is so low compared to, say, an Intel Mac mini, which has 64 GB of RAM (as opposed to the M1 mini’s 8-16 GB). Because the memory is integrated into the chip itself, you cannot upgrade or add more like you could on previous models. But because the memory is integrated, neither the CPU or GPU will be competing for it. This is because the M1 chip has revolutionized the relationship between RAM (working memory) and solid-state drive memory (storage). The M1 chip accesses data seamlessly and immediately between the two whereas the old Intel chips sluggishly transitioned between tasks that required a lot of RAM and computing power.

What does that mean for gaming? For starters, 16 GB is already considered more than enough for gaming, with 8-16 GB being the sweet spot, and 16 GB being the future-proof, low end for any more intensive games in development for release in the next few years. But with the way the M1 chip is modeled to access its memory, both 8 and 16 GB end up working about the same for gaming with little-to-no noticeable difference. These numbers exceed other computers with the same unintegrated RAM ratings so much so that 8 GB on an M1 chip may as well be 16 GB on an Intel chip, for example.

Apple's peripheral hardware — keyboard, mouse, etc. — are designed to be easy to use, but often lack features that video game developers design their games around, like a scroll wheel, additional mouse buttons and mappable keyboards. The Razer Naga X is a solid, if slightly pricey option for a gaming mouse, and the SteelSeries Apex 3 is a great option for a game-worthy keyboard. Both are compatible with Mac computers.

The best Apple computers for gaming 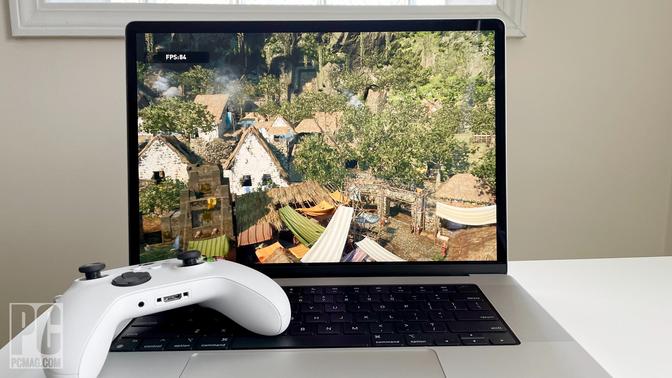 Our take:The new iMac from Apple with the M1 chip is a great dedicated gaming platform for Mac-compatible games with top-of-the-line storage (512 GB) and eight GPU and eight CPU cores.

What we like:With its vibrant 24-inch 4.5K retina display, you get an immersive gaming experience with the power to back it up. The iMachas a direct Ethernet port so you can optimize your internet connection when gaming. You can also customize your mouse and keyboard with Bluetooth or wired alternatives for a more gaming-appropriate set if you want to ditch the standard Apple Magic Keyboard and Magic Mouse.

What we dislike:For such a costly computing investment, you may want 16 GB of RAM to future-proof your iMac. But with Apple's trade-in program, going 8 GB now to save on cost and trading in your iMac down the road when new, more powerful M chips come out may be the savvy play here.

Our take:It's portable, lightweight, has 8 GB of RAM and uses the same integrated M1 chip as every new Mac in Apple's current lineup, making the MacBook Air a solid mobile gaming platform that only compromises in screen size and, well, that's just about it.

What we like:If you're not a hardcore gamer and want a laptop for other creative or professional purposes, the MacBook Air really can't be beat. It's powerful, mobile and compact. Cost savings alone are a huge incentive, with the Air running about $200 below the Pro for comparable specs.

What we dislike:The MacBook air has no fan so if the game is memory intensive, it might throttle if it overheats because it lacks the ability to cool down. But with 16 GB and the M1's efficient performance, this is unlikely.

Our take:The MacBook Air might be lighter, but what makes the Pro great for portable gaming is its estimated 20 hours of battery life, meaning you can game without hunting for an outlet at the airport terminal or on long road trips or anywhere you have to set up ad hoc.

What we like:With 512 GB of storage, you can store a number of games, texture packs and mods without worrying about bogging down your computer for other tasks. It has eight CPUs and eight GPUs and a fan so on the rare occasion that you overwork that 8 GB of RAM, you won't get throttling to cool it.

What we dislike:The lack of function keys can be a bummer for gamers who want a dynamic keyboard but don't want to have to bring an external one everywhere they go. (After all, why not get a desktop then?) And like the Air, you have to use an adaptor to connect to Ethernet, which some users report leads to cable-recognition issues with both the Air and Pro.

Our take:The Mac Mini is a portable, adaptable computer that can plug into any screen and transform it into a desktop with Mac OS.

What we like:With a storage capacity of up to 2 TB, the Mac Mini is a powerhouse archive for gaming. This one with 256 GB is more than enough for a gaming computer with its future-proof 16 GB of RAM and its portability, so you can pair it with any screen, keyboard and mouse you like for a fully customizable gaming setup.

What we dislike:While the Mini affords total customization, its storage options jack up the cost to iMac levels without the keyboard, mouse or screen, which you will have to buy separately to have a usable computer.

Karl Daum is a writer for BestReviews. BestReviews is a product review company with a singular mission: to help simplify your purchasing decisions and save you time and money.

BestReviews spends thousands of hours researching, analyzing and testing products to recommend the best picks for most consumers. BestReviews and its newspaper partners may earn a commission if you purchase a product through one of our links.

Latest What to buy