On February 22, a ribbon was cut on the first floor of Natali officially opening Cal U’s new Esports Zone which features state-of-the-art gaming consoles and PCs along with televisions equipped for livestreaming. Open to all Cal U students, the new Zone is located where the Mac Lab previously existed.

“I was told it was going to happen and I could see all the progress but actually walking in there and seeing it all put together for the first time, I was like, “this is incredible, unreal,” Galla said. “I couldn’t believe this, how we were able to actually collaborate and get all the systems we needed.”

4 Years in the Making

Assistant director of Recreation Services Tom Hasbrouck who described the launch as “joyful” and “celebratory” said this room has been four years in the making. Having noticed games being played across Natali in open areas, Hasbrouck saw that there was a need for gaming as it became a growing trend on college campuses. Though the COVID-19 pandemic stalled some of the esports committee’s plans, they were able to find support in completing the room.

“When we came out of COVID, there was still momentum,” said Hasbrouck. “There was still interest, especially with students who during COVID times played more games and did more socialization through technology mediums. It just enhanced that we needed to have something on campus that kind of promoted that engagement.”

“I have a computer at home that I can play games on but having a centralized zone for where everybody can play games on very high-end machines, because they are very high-end machines, together in the same room at the same resolution and framerate is important in gaming,” said Gaming Club president Michael Singer, senior mechatronics major. “Having a dedicated space for that is something important to an esports initiative.”

Gallery|4 PhotosCal U Public RelationsThe Esports Zone is available to all Cal U students with CalCard swipe access on the first floor of Natali.

It Takes a Village

According to Galla, multiple surveys were sent out asking if Cal U students were in favor of the opening of an esports room.

“I want to say we had maybe two responses out of 400 that said, ‘no, I’m not a big fan of games. I’d rather have the Mac Lab,” Galla said. “We had an overwhelming response of ‘That would be so cool to have.’”

These surveys showed the university that there was a demand for esports resources which allowed the project to receive more funding.

Multiple department efforts went into the opening of the room. Along with the Vulcan Gaming Club who advised in certain requests and requirements was help from University Technology Services and Recreational Services to purchase gaming systems, chairs, and update software plus an esports committee while creative teams designed the artwork and logos located in the room. 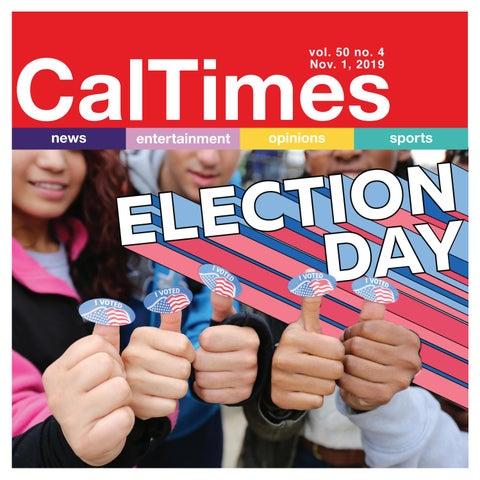 “This whole venture, it cannot be done by one person,” Hasbrouck said. “It was such a big project. There are so many avenues and things that needed to get done.”

Vulcan Gaming Club on the Rise

This Natali room isn’t the only thing that has been seeing changes recently. The Vulcan Gaming Club itself has undergone a transformation over the past couple of years. Originally the Computer Club, the Gaming Club has evolved to include more than just online games.

“Everyone likes games in some form of way, whether it’s just playing on your phone or computer console gamers, board gamers, people who like D&D, role-playing, we even have people who play Pokémon Go all together and there is a whole community there, so, it’s just if you like any type of games, those are the people we attract,” said Galla.

A community of gamers can now meet and interact with one another on and off-screen thanks to the Esports Zone. Galla said she likes being able to walk in and pick up a game with someone unplanned.

“It is so nice to just have that sense of community where you walk in there and there are people that you could get along with, that you can make friends,” Galla said. “They’re there to play games and you know that they want to have that interaction and play something competitive or even just for fun so it’s easy to just know that going in there you can find someone that shares your interests.”

Since its official opening, Singer said he’s seen the room being used regularly by students whenever he stops in or walks past.

“I was in there last Thursday playing Overwatch with a bunch of kids,” Singer said. “It’s exciting to see, it really is. I had hoped that people would use it and not just kind of dismiss it ‘because I can play games on my dorm room’ because it is a different experience, being able to sit next to somebody you know four feet away from you and play games with them and talk to them. It’s exhilarating. I’m excited to see it evolve in the future.”

Hasbrouck said he has hopes of eventually developing esports teams to compete locally, growing the esports culture organically before expanding on different games or types of competitions.

Singer is also excited to see how gaming community visibility through the Zone and the Gaming Club changes campus culture and attitudes towards gamers and “nerds,” as he put it.

According to Singer, students “are able to see that there is a community on campus that supports what they’re interested in, that wants to play games and be nerds in public because I’m a proud nerd.”

“I don’t want to sound stereotypical but a bunch of kids playing tabletop games or video games isn’t like a bunch of kids on the way to play football,” he said. “It’s definitely a culture change. It’s a shift in culture that I’m happy to see happen. It’s acceptable to be a nerd and to play video games and I think this shows that.”