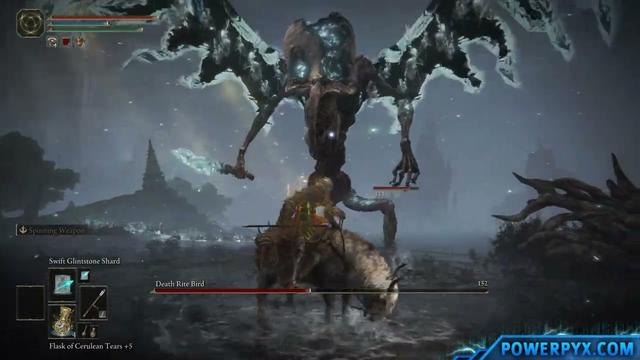 Elden Ring hides many of its most dangerous and exciting battles away, waiting for the player to discover them. One of Liurnia’s fiercest hidden bosses is the Death Rite Bird. The unexpected difficulty and wide varied of moves this beast possesses makes for very a memorable battle. We’ll walk you through how to beat the Death Rite Bird with our Elden Ring boss guide.

Elden Ring: How to find the Death Rite Bird in Liurnia

To find Liurnia’s Death Rite Bird, first, warp to the Gate Town North Site of Grace. Head directly south from here, onto the ruined church. Almost immediately, the boss will spawn from the air, landing in the still water below. It is important to note, the boss will only spawn at night. Be sure to adjust the time to nightfall at a Site of Grace before heading in search of this boss. 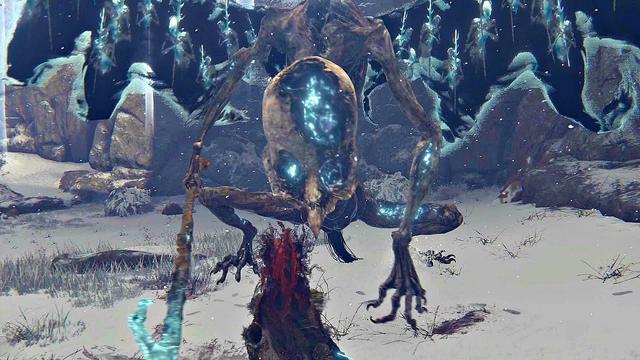 How to beat the Death Rite Bird

On foot, the Death Rite Bird is an extremely formidable opponent. Torrent’s added mobility will aid you in circling the boss and dodging the worst of its attacks. By keeping at its back and repeatedly slashing, it is fairly simple to wear the boss down into its second phase quickly.

Be wary while up close to the Death Rite Bird. If you are standing directly in front of the boss, it can make several swift downwards pecking motions. While this hardly seems like an attack, it can rapidly chip away at your entire health bar, leading to a death before you fully realize what is happening.

The area in which you fight the Death Rite Bird can give you a huge advantage however you choose to use it. It is possible to get the boss tangled up in the sunken church ruins and avoid some of its more damaging attacks. Equally, the rest of the area is one of the most wide-open in Elden Ring, granting you a great deal of maneuverability and visibility on the boss’ patterns.

Once defeated, the Death Rite Bird will drop 7800 Runes and a powerful sorcery: Ancient Death Rancor.

All the Bosses in Elden Ring

If you want to find out more about all the bosses in Elden Ring, along with how to beat them, you can find everything you need in our Handy Elden Ring Boss Center.

We’ve been waiting to get our hands on FromSoftware’s Elden Ring for so long, we almost can’t believe it’s finally arrived and we have a massive amount of content just for you. Other than our Tier List, We’ll be here to walk you through every step of your journey through the Lands Between. Join us for all our Elden Ring content and guides over the coming days and weeks!