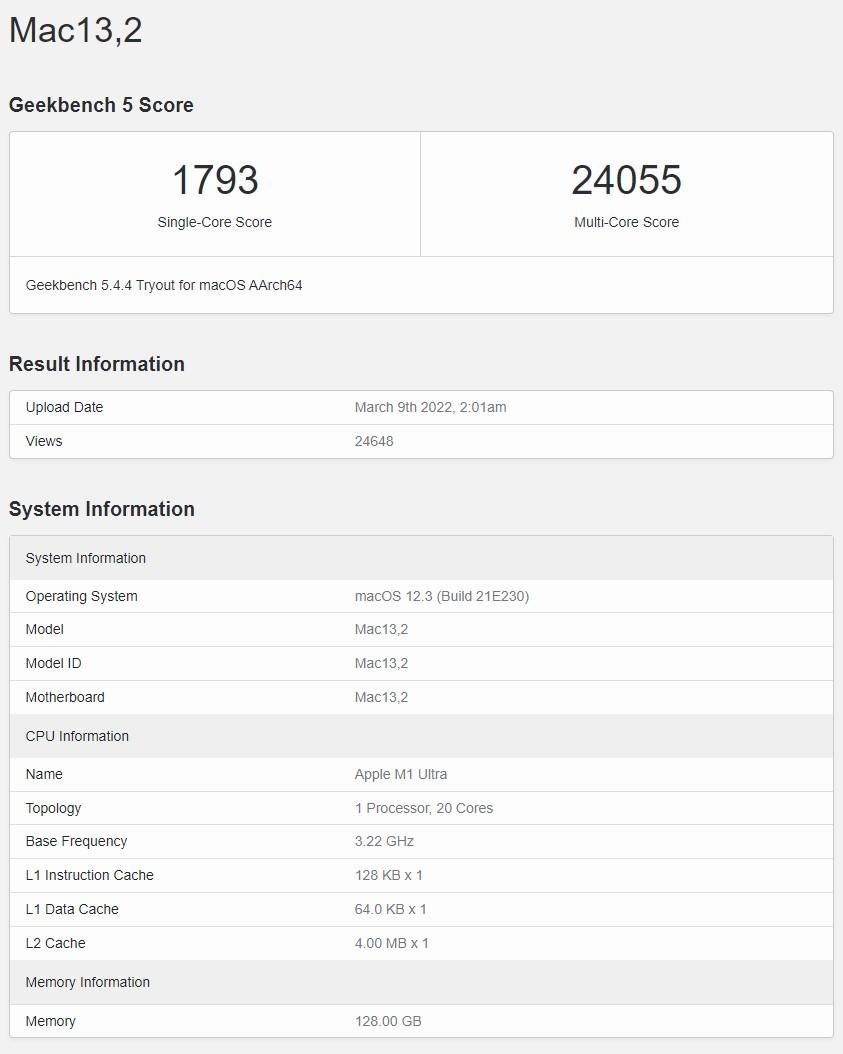 Apple’s M1 Ultra is the fastest custom chipset from the company and can house up to a 20-core CPU by combining two M1 Max chipsets. What you get is an incredibly fast SoC that nearly matches the performance of a desktop 64-core CPU, while consuming significantly less power, at least according to the latest benchmark leak.

M1 Ultra Is Only 4.5 Percent Slower Than a Workstation 64-Core CPU in Multi-Threaded Workloads

The top-tier version of the M1 Ultra was benchmarked on Geekbench 5, and in the single-core category, the chip secured a score of 1793. The result makes it faster than the Ryzen Threadripper 3990X with 64 cores and 128 threads, which obtained a score of 1213. However, it is still the fastest processor in the multi-score department, getting 25133 points, whereas the M1 Ultra got 24055. 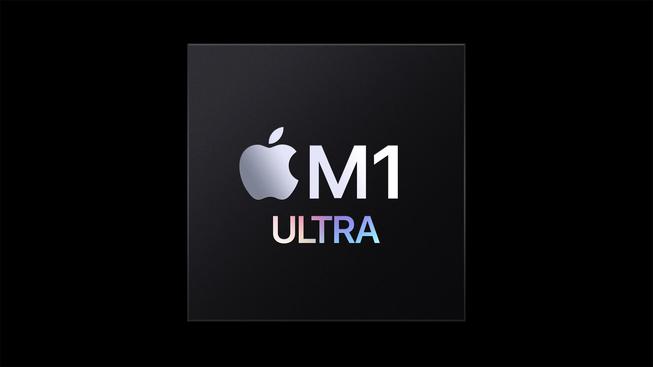 It is still an impressive feat from the M1 Ultra, because it is running less than half the number of processing cores, and not all of them are high-performance variants. The M1 Ultra with 20 cores is divided into 16 high-performance cores, with four of them laser-focused on power efficiency. In the benchmark, this part is paired with 128GB of unified RAM, which is the maximum supported memory of the chip and increases overall memory bandwidth to a whopping 800GB/s.

At the same time, the M1 Ultra is extremely power-efficient, not only thanks to being mass produced on the 5nm node but also because it is developed on a completely different architecture. The reduced power consumption of the SoC allows it to be packed into small form factor enclosures, such as the Mac Studio, though there will still be a hefty price to pay for purchasing such powerful hardware.

As for how Apple was able to pack such incredible levels of performance, it is through a process called UltraFusion, which combines two M1 Max chipsets and delivers 2.5TB of bandwidth between the two. Also, Apple claims that its latest and greatest SoC can deliver 90 percent higher multi-threaded performance than the fastest available 16-core PC desktop chip while consuming the same power.

Unfortunately, given the nature of Geekbench 5, it can favor some chips over others, so it may not be an accurate representation of performance for the M1 Ultra, or the 64-core AMD Ryzen Threadripper 3990X. In short, we will wait for more benchmarks to come through and see how Apple’s 20-core part performs in those, and we cannot wait to update our readers on the results that follow, so stay tuned.