OxygenOS 12 for the OnePlus 9 series is littered with bugs

OnePlus officially released the stable OxygenOS 12 update based on Android 12 for the OnePlus 9 series recently. The software release packs several new features including reworked icons, adjustable dark mode, Work Life Balance 2.0, revamped Shelf, and more. However, it seems the update is half-baked and littered with bugs and inconsistencies, with some users even questioning whether it’s really a stable update.

OnePlus Android 12 Tracker: Here are all the official OxygenOS 12 builds to download and install

OnePlus 9 and OnePlus 9 Pro users are reporting a wide range of issues after installing the OxygenOS 12 update, such as trouble making and receiving calls, poor animations, broken Autofill feature, slower Wi-Fi speed, and so on.

What’s even worse is that the update is also missing some customization features that have been an integral part of the OxygenOS experience. For example, you can no longer change icons individually, can’t customize the status bar, can’t disable the Google Feed, can’t turn off the battery icon, and so on. The call recording app and the Advanced Reboot feature are missing, too. 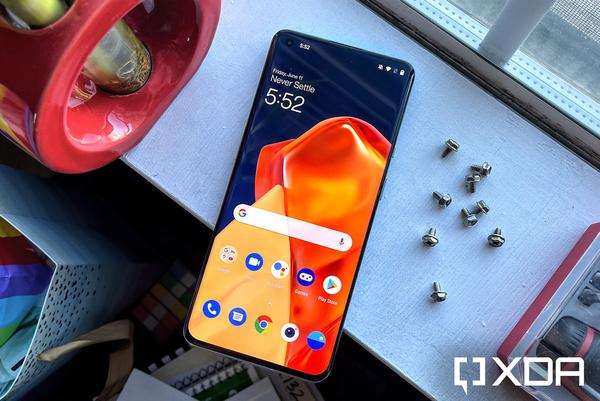 Here’s what OnePlus 9 users have to say about the new update:

It’s official, I absolutely hate this new ColorOS update by @oneplus. It’s half-assed, animations looking shitty, some apps with different DPI scaling, and reeks of chinese skin type of Android. I hate it and I can’t wait to ditch this for the Pixel 6.

Its one of the worst stable updates oneplus has ever rolled, so many bugs, the biggest among them is if you dont have the phone app on the home screen before the update, you physically cannot find the app anywhere in the phone (Not even in the app manager) You have to always open it from the Play store. The Icon field in personalization crashes, you cannot open google feed most of the time, all the permissions are reset, and the recents menu is among the worst you can see in a phone. Its glitchy, its not worth it. — Amankirti Walde (Am4nk)

I’m not happy at all. Recent task manager cant close all apps, as the last app still remains on the screen after pressing close all button in task manager. Whatsapp parallel isnt able to log on web. No call recording app. Miss the old phone and contacts app. —mkhan8426

Considering, OxygenOS 12 has had several rounds of beta tests leading up to the stable update, it’s disappointing to see the state of the final release. If you own a OnePlus 9 or OnePlus 9 Pro, you should probably stay on Android 11 for now and wait for OnePlus to iron out these issues.

Have you installed the latest OxygenOS 12 update on your OnePlus 9? How has your experience been so far? Let us know in the comments below.