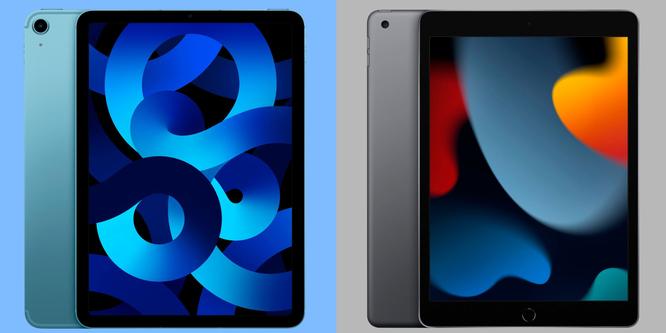 iPads are among the best tablets on the market, but when given a choice between the iPad Air 5 and iPad 9, which one is the better purchase? Apple has long dominated the tablet market with the iPad lineup. Android tablets still exist thanks to the likes of Samsung and Amazon, but no company is as aggressive as Apple is. Thanks to its custom processors, excellent iPadOS software, and reasonable prices, competing with the iPad is no easy task.

Because of this, some of the iPad's biggest competition comes from Apple itself. If you're shopping for an iPad today, two of your options include the $599 iPad Air 5 and $329 iPad 9. The $270 price difference makes the iPad Air 5 the pricier option of the two and — unsurprisingly — the most powerful. But is the iPad Air 5 worth almost $300 more than the iPad 9? Here's a closer look at all of the differences to help you decide. 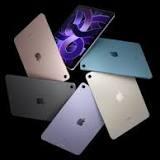 Just one glance at the iPad Air 5 and iPad 9 makes it clear how much nicer the former tablet really is. The iPad Air 5 has a modern design with flat edges, tiny display bezels, and a Touch ID fingerprint sensor embedded into the power button. By comparison, the iPad 9 looks a whole lot like the very first iPad from 2010. It has big display bezels, a physical home button with Touch ID, and a smaller 10.2-inch display. It's not a bad design per se, but it also feels quite ancient when placed next to the iPad Air 5. Doing this will also reveal the iPad Air 5's superior display quality. That 10.9-inch display is an LED panel with a 2360 x 1640 resolution and support for the P3 color gamut. The iPad 9 also uses LED screen technology, but it has a lower 2160 x 1620 resolution and supports less impressive sRGB colors. Furthermore, the iPad Air 5 comes with full display lamination and an anti-reflective coating — two things not found on the iPad 9. The lack of lamination means the iPad 9 has a noticeable gap between the display panel and glass, giving it a less premium viewing experience. And without an antireflective coating, seeing the iPad 9's display in broad daylight could prove challenging.

Other Differences Between iPad Air 5 & iPad 9

But the display isn't the only difference between the iPad Air 5 and the iPad 9. Something else to consider is the processor. The iPad Air 5 is powered by Apple's excellent M1 chip, whereas the iPad 9 has the A13 Bionic. While the A13 is still great for most apps and games, the M1 is better in every single way. Its CPU is faster and has more threads, the GPU is much more powerful, and the smaller 5nm design means M1 is more power-efficient. Casual users shouldn't have any performance qualms with the iPad 9, but if you're running multiple apps at once and playing the most graphically intense games, the iPad Air 5 is the tablet that'll keep up with you.

When you consider all of those upgrades/changes, it's easy to see why the iPad Air 5 costs so much more than the iPad 9. Does that mean you should rush out and buy the iPad Air 5 over the iPad 9 this very second? That ultimately comes down to your budget. If you can afford its $599 asking price, the iPad Air 5 justifies it in more ways than one. From the nicer design, better display, faster processor, and improved cameras, you get a lot more with the iPad Air 5. But if $329 is the most you're willing to spend, the iPad 9 remains a great tablet for the price. It's not as flashy or powerful, but for casual use, it fits the bill perfectly.

Next: Apple M1 Ultra Early Benchmarks Are Out And They're Stunning

Joe has been actively writing and talking about consumer tech since 2012. His biggest passion lies with smartphones, but he's happy to talk your ear off about just about anything with a CPU. He lives in Kalamazoo, MI with hiswife, two cats, and pit bull/boxer mix.