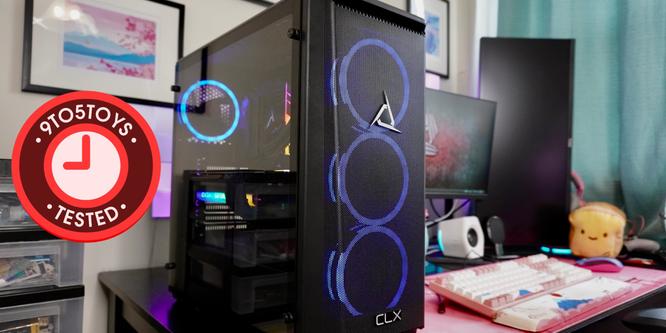 Tested: Is CLX Gaming’s pre-built PC worth the premium for a first-time gamer?

Pre-built gaming rigs have a bit of a bad rap from the community, but for a first-time gamer like myself, paying a premium to get a ready-to-go machine seemed like a compelling trade-off. But after going hands-on with the machine would I recommend the pre-built experience? That’s what our latest Tested with 9to5Toys seeks to answer.

You’re reading Tested with 9to5Toys, where we explore everyday tech essentials that make life a bit easier. Browse through our entire guide for all of the latest reviews, and sound off in the comments below if there’s something you’d like to see featured.

PC gaming has been one of the industries hit hardest by the ongoing chip shortage, which is why I was more than happy to take CLX Gaming up on its offer to check out one of the brand’s pre-built machines. Having to track down all of the components yourself while avoiding paying scalper rates was something I was particularly keen on avoiding, even if it meant paying a bit of a premium of CLX to do the hard work for me.

But does the end result actually deliver a package worth the added price? That’s what our latest Tested with 9to5Toys dives into. I’ll be offering a closer look at the overall experience of buying a pre-built PC from CXL rather than the actual performance of the machine.

Starting at the beginning of the experience, CLX has quite the thorough online building tool that lets you go through and piece together a machine. It takes a lot of the compatibility guess work out of the equation and narrows down which components you can use based on what’s already been selected. 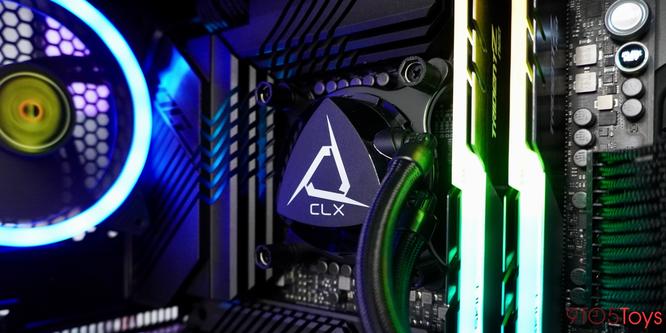 Alongside being able to adjust the build based on which games you’re looking to run, there’s also added customization features in the aesthetic department. You can tweak just how much RGB you’d like or what size case you’d like all of the gear packed into. All that considered though, here’s the specs I ended up with:

Alongside not having to actually assemble all of the components yourself, one of the main selling points of going with a pre-built PC is support you’d receive from the company. Specifically for CLX Gaming, that means having access to a dedicated customer service team to assist with any hiccups along the way of getting things set up.

Unfortunately though for the likes of CLX, that support isn’t particularly too helpful. I first placed the order for my loaner unit back in April, expecting some delays with the ongoing parts shortage. What I wasn’t anticipating was radio silence from the company for the better part of three months. It wasn’t until the very end of August that the PC actually arrived, after being told things would be shipping out shortly several months prior. You’d think there would be better communication when sending a high-end gaming rig, but that wasn’t the case.

But finally! It was delivered. From there, everything following actually getting my hands on the PC from CLX was a bit more pleasant. The machine was securely packaged in a wooden crate with plenty of padding to keep things in place during shipment. The PC also booted up immediately and had no issues once being unboxed. Compared to my experience of building a PC recently, it really was a night and day difference.

As for the actual build, I was pretty impressed with what CLX has to deliver. The specs and performance were up to my expectations and the case delivered ample cooling to keep the entire system from overheating. Everything being configured out of the box was yet another perk of the experience, which all-in-all delivered a pretty notable package overall.

As my first real experience with PC gaming, I have to say that the package CLX delivered was quite notable. Even if you are paying a premium to sidestep sourcing all of the components and building the actual computer, I’m entirely sold on going the pre-built route. Just not from CLX.

The cost that goes into delivering a pre-built PC is easily one that I can justify for myself and that many others will find to be a good value. It entirely takes the guesswork out of getting a compelling package. Though when you’re spending several thousand dollars to make that happen, you’d expect there to be better communication from the seller. If it wasn’t for the CLX PC randomly showing up at my door months after placing the order, I’d say the prebuilt experience was pretty solid. That’s a big “if,” though, especially with such a high-end system on the line.

FTC: 9to5Toys is reader supported, we may earn income on affiliate links