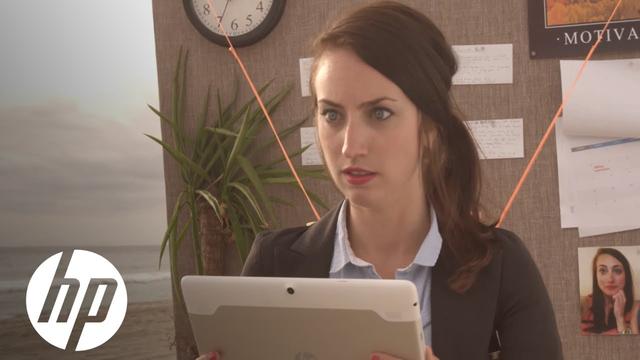 Unlike Apple, HP admits remote working is the true joy

Apple just can't help its penchant for everything to be (space)ship-shape.

This means central control, absolute secrecy and an insistence that everyone should come to the office.

COVID-19 has rather messed with that idea, leaving Apple executives nervous about the crazy, uncorporate ideas and ways of life its fine employees might suddenly embrace.

HP seems to have a message for Cupertino: Get on a horse and ride. Or hang out with bodybuilders.

I deduce this from a fascinating ad just emitted by HP's arm in Germany. Instead of suggesting a hybrid work-life, HP admits that going into the office offers dull, uncontrollable pain.

While riding horses, hanging out with bodybuilders, and a really nice blow-dry is the apogee of civilized daily life. 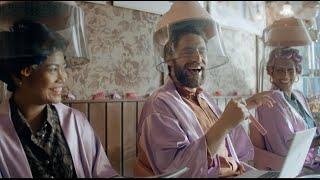 Our hero, you see, is stuck at the office. In a touching gesture, we see he's not using an HP laptop. Instead, oh, you decide what it is. Other than perfectly useless, that is.

Worse, our hero sees a colleague pull out an HP laptop and, well, it must be a mirage.

For that colleague is actually up a mountain. With his HP laptop.

Then, he's in the back of a farmer's truck, communing with the hay and the locals. And his HP laptop.

He moves around Europe like an American tourist who's actually got time and isn't just trying to break the speed record for doing Europe. Here, a gorgeous balcony. There, a speedboat in Slovenia.

He even takes his HP laptop on horseback because you never know when some fool will call a Zoom meeting.

But where is he the happiest? Why, getting a lovely blow-dry while, yes, clutching his laptop and sitting in a meeting.

You might think that this is a sudden hiccup toward the hip by HP. But no, look at this ad from six years ago. HP has always been in favor of getting out of Texas, California, Idaho and wherever else its offices may be.

You, though, are still worried about our frustrated hero, stuck with his dreadful laptop.

Another colleague -- could it be the janitor? -- sidles up to him and says: "You know, sometimes change may not always bring freedom, but there is no freedom without change."

What a masterful sentiment. What depths of humanistic thinking. What are you waiting for, Cupertino?

Tell Tim Cook you're going to work on horseback and see how he takes it.