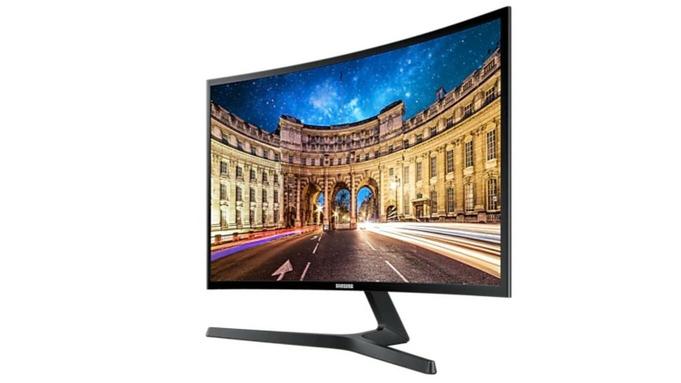 The Best Budget Monitors for 2022

Desktop monitors tend to last a long time, so if you last bought one when iPhones were a novelty, or Tesla automobiles were as exotic as jetpacks, a lot has changed. Today, you can get quite a spread of screen, and a lot more functionality for your money, than in the '00s or the 10s.

Here in 2022, many low-priced monitors—which we'll define in this guide as displays less than $200—perform quite well and include at least the essential connectivity and usability features you need for everyday computing. But shop around, and you'll see that some have a surprising mix of features beyond the basics. Whether you’re on a tight budget, live in tight quarters, need a couple of screens on the cheap, or simply have modest computing needs, you can find lots of low-priced monitors worth considering.

How to choose among them? We tested a bunch. (The best of the lot are outlined above and at the end of this story.) But we also have some sage general advice to follow when looking at budget panels, having eyeballed lots of them ourselves. Here is what to consider.

What Features Can I Expect in a Budget Monitor?

Although no two monitor models are identical, manufacturers tend to make similar feature choices to keep prices down.

Cheap monitors used to be limited to panel sizes of 19 or 21 inches, but today, no one should have to settle on a desktop panel at that small a size without specific reason. That is because for less than $200 (and, in some cases, considerably less), you can get a general-purpose monitor with a high-quality if moderate-size (generally 24-inch, sometimes 27-inch) screen, with a native resolution that is reasonable for the panel size. Usually that is 1080p at these screen sizes. (More on that in a moment.) The "budget" category for 4K panels and gaming-specific panels starts higher than $200, however (around $300 and $250, respectively).

*Deals are selected by our partner, TechBargains

The display should be accompanied by at least a basic stand that supports tilt adjustment, plus a pair of video ports (most commonly, HDMI and VGA), and an onscreen display (OSD) menu system controlled by a row of buttons concealed on the bottom edge or back of the monitor (or splayed across the face of the bottom bezel).

That description above approximates the minimum configuration for a mainstream budget monitor, but often, display manufacturers will sweeten the pot with one or more extras. These may include items such as an extra input port and/or audio jack, a stand that has additional ergonomic adjustability, built-in speakers, a curved panel, or a small joystick controller for the OSD (instead of clumsier buttons). 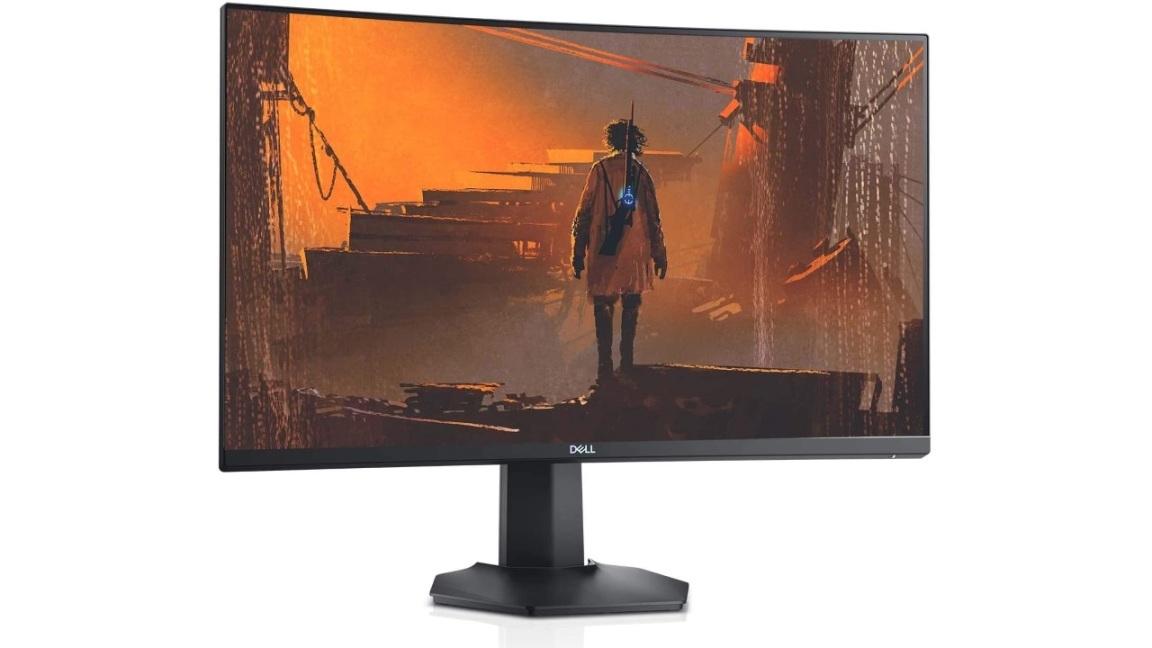 The addition of one or more of these extras, along with the monitor’s performance in quantitative measures such as brightness and color coverage, help separate standout budget monitors, such as the ones you see here, from the merely average ones. (See more about how we test monitors.)

Budget Displays: What Overall Types Are There?

Most low-cost desktop displays are fine for general-purpose use, but note some specialized classes of monitors that you'll also see in the under-$200 price zone.

As a group, desktop budget panels are relatively portable, in the sense that most are light enough (and have a small-enough screen) to reposition around the house. But true portable monitors are ones you can throw into a bag and take with you to a coffee shop, a conference, or a hotel room. In most cases, you would use one of these attached to a laptop, with the panel acting as a second screen for productivity work. And the panel draws its power from the PC, not from a plug in the wall.

Portable monitors' screen sizes range from 12 to 15.6 inches, and they tend to be IPS panels with mediocre color coverage (seldom rated for much more than 70% of the sRGB gamut). Most have primitive, foldable stands; in some cases, the folding stand also serves as a screen protector when in transit. A nice touch is that many make use of USB Type-C ports for input—sometimes they have two—along with, perhaps, a mini-HDMI port.

As for full-size desktop displays, gaming monitors also show up, on occasion, in this price zone, though we would extend the "budget" definition for gaming displays around $250, as opposed to less than $200. Most high-performance gaming panels will set you back more money. Budget gaming monitors tend to have curved screens based on vertical alignment (VA) technology, plus support for AMD FreeSync adaptive sync technology (or, more rarely in this budget segment, support for G-Sync at the G-Sync Compatible level), and refresh rates of up to 144Hz. We'll get into all that in more detail further down.

You will also spot a few budget-priced photo-centric monitors, though real creative-pro panels, like gaming monitors, tend to be pricier than $200. Still, the ones that come in below that price mark have high color accuracy and coverage for the sRGB space (see more about the criteria for the best monitors for photo editing), usually at WUXGA resolution (1,920 by 1,200 pixels) and featuring relatively high brightness levels.

What Resolution and Screen Tech Should I Seek in a Cheap Monitor?

As noted earlier, the mainstream budget monitors we have reviewed have had screen sizes ranging from 22 to 27 inches (measured diagonally). The lion’s share of them have been at 24 inches.

On most panels in this price class, you can expect a native resolution of Full HD (aka 1080p, or 1,920 by 1,080 pixels), which is fine for a 22- or 24-inch monitor but is borderline low for a 27-incher. The smaller the screen size for a given resolution, the higher the pixel density, and (all else being equal) the sharper the image. But if you’re working at tasks such as email, word processing, and spreadsheets, or just surf the web, rather than doing photo or video work, the larger screen may be worth any potential slight graininess evident in the image.

One pleasant surprise is that most of today’s budget monitors have LCD panels based on in-plane switching (IPS) technology. IPS displays are known for their very wide viewing angles, rated at up to 178 degrees in both vertical and horizontal dimensions. This means that you can look at the screen from the side, above, or below with no shifting in the color or posterization. Most of the time, the viewing angles we see with IPS panels are better than what we see with VA screens, the other common panel type in today's budget displays (especially gaming ones). And IPS viewing angles are considerably better than those of older-school twisted nematic (TN) tech, notorious for looking faded out at off-center angles. Nowadays, TN is best avoided, simply given the quality of the cheap competition.

IPS also tends to deliver the best overall image quality of the three main LCD panel technologies. Nearly all the budget IPS monitors we have reviewed show good-to-excellent coverage of the sRGB color space. (sRGB is the color palette used for web-based photos and graphics, as well as many other applications.) It wasn’t too long ago that IPS panels were pricier than displays using these other technologies, but that dynamic, clearly, has shifted. The latest in IPS evolution, Fast IPS or Nano IPS panels, remain a fixture of mid-tier and premium models as of early 2022.

We have also encountered some budget VA panels, mostly in curved-screen or gaming-friendly monitors. They have very high contrast ratios (generally rated at 3,000:1) and are capable of rendering inky blacks. They vary more in image quality and color coverage than IPS panels do, though, so looking carefully at reviews of these is a good idea.

Then there's the issue of refresh rate. Mainstream budget monitors have pixel refresh rates of either 60Hz or (much less commonly) 75Hz. Budget gaming panels have somewhat higher refresh rates, up to 144Hz. Some budget gaming panels include support for adaptive sync—almost always AMD FreeSync, in this price range—to reduce screen tearing or stuttering. A 60Hz rate is essentially all you need unless you're a dedicated PC gamer, and even there, different game genres (and sets of eyes!) will garner more benefit from a 60Hz-plus refresh rate than others.

Most low-priced displays are light on ergonomic features (in the form of stand flexibility), being limited to the control of the screen’s tilt angle. In a few cases, we've seen stands that have been rickety and poorly designed, or too light for the panels they support. (That is where, again, reviews come in handy.) Expect some exceptions: Some of the HP budget monitors we have tested of late have had substantial stands that add height and pivot control.

What Ports Should I Expect to Get in a Budget Monitor?

Most budget monitors include a basic pair of ports, with the same two video inputs on most: HDMI and VGA. A decade ago, VGA—which supports an analog video signal—was found on most computers and monitors. Today, it’s seldom seen on any new desktops or laptops, but it remains useful for connecting up older, pre-HDMI computers.

A few budget monitors add a second HDMI port or a DisplayPort connector. USB Type-C display input (which pushes a DisplayPort signal over the USB-C interface) is rare in low-priced displays, except in portable monitors, where it has become the norm. HDMI 2.1 remains a higher-end option for now.

What About Speakers and Other Extras?

About half the budget monitors we have reviewed include a pair of built-in speakers, ranging from 2 to 5 watts. Although, for the most part, they can push a reasonably loud signal, their audio quality is uniformly mediocre. They tend to sound a bit tinny and have poor bass response. Still, unless you’re an audiophile, it’s nice to have dual speakers for when you need them, if you don't want to clutter up your desk with separate PC speakers. Many monitors include headphone jacks, and a few add audio-in jacks.

What's uncommon is any connectivity beyond that. Pricier panels will have creature comforts like USB hubs built into the monitor housing, but the under-$200 crowd leaves that kind of convenience feature off, most of the time.

Like on many lower-cost electronics, manufacturers often skimp on budget-monitor warranties, with most of them covering their displays for a mere one year. A few have surprised us, though, with three, or even four-year, coverage plans. (For one: Take a bow, Philips.)

So, Which Budget Monitor Should I Buy?

The better low-priced displays tend to offer small surprises for the money versus the rest. That could be a curved screen, a panel with a minimal bezel, or a mini-joystick controller in place of tiny OSD buttons. Additions like these add a modicum of value to these displays, and it's these nuances that make all the difference at this price. Whether you are seeking a cost-effective monitor for home or home-office tasks, low-impact gaming, or taking with you on vacation, you can find many capable—and some downright compelling—choices. Roll on down the page for the best ones we have reviewed.