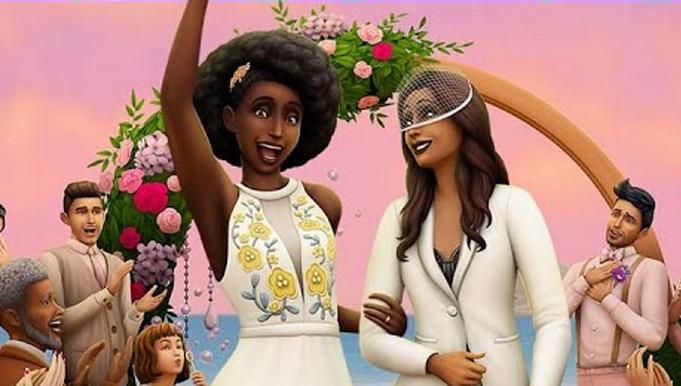 Yesterday, Electronic Arts announced a new Sims 4 expansion called My Wedding Stories that, as the title suggests, is all about getting hitched: You can run away and elope at City Hall, or you can go all-in with planning, parties, and everything else leading up to the big day. The expansion will be out on February 17, and in the meantime there's a teaser site for the upcoming virtual nuptials of Dominique and Camille.

Shortly after revealing My Wedding Stories, Electronic Arts announced that the expansion will not be released in Russia. Dom and Cam, the focal point of EA's promotional efforts, are both women, and a Russian law passed in 2013 forbids materials that promote "non-traditional sexual relationships," and allows for penalties of up to ₽1 million ($13,400) for businesses that violate the guidelines.

Electronic Arts acknowledged that putting a same-sex couple front and center meant the expansion "would not be something we could freely share around the world," but said it wasn't willing to make changes in order to accommodate countries with anti-LGBTQ laws. 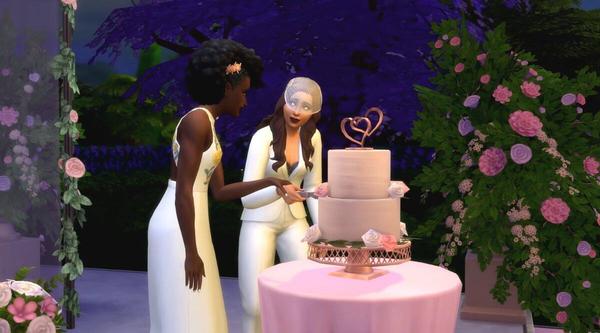 "The ability to tell stories—any story—is at the core of what we do at The Sims. Holding back Cam and Dom’s story meant compromising the values we live by," EA said. "We are committed to the freedom to be who you are, to love who you love and tell the stories you want to tell.

"So what does that mean for you, our players? We are steadfast in upholding that commitment by shining a light on and celebrating stories like Dom and Cam’s, so we have made the decision to forgo the release of My Wedding Stories where our storytelling would be subject to changes because of federal laws. Regrettably, this means that members of The Sims community in Russia will not be able to purchase this game pack."

Russia's law forbidding the "promotion" of LGBTQ lifestyles was passed virtually unanimously by the State Duma in 2013, and despite domestic protests and international backlash the crackdown has continued: According to Human Rights Watch, the Russian justice ministry recently filed a lawsuit to force the closure of Sphere, the legal entity operating the Russian LGBT Network, for activities that "run contrary to the state policy designed to preserve, expand and develop [the country’s] human capital" and present "a threat to public order and the rule of law."

This isn't the first time that The Sims 4 has run into trouble in Russia for enabling same-sex relationships. The base game is rated T (Teen) in North America and PEGI 12 in Europe, but is rated Adults Only in Russia in order to avoid violating the law.