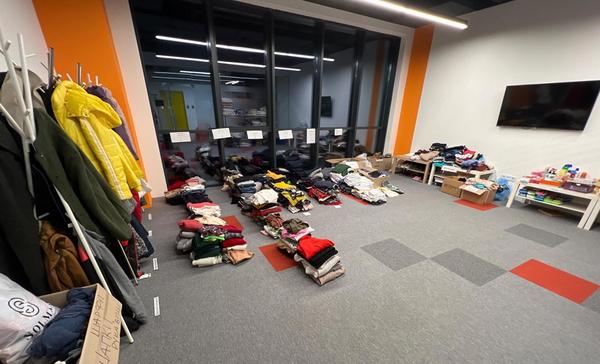 Ukraine game studio becomes a home for the stranded

GamesBeat Summit 2022 returns with its largest event for leaders in gaming on April 26-28th. Reserve your spot here!

Daniel Poludyonny never thought his Ukrainian game development company would become a place where his developers would actually live. But that is what happened with the company’s offices in Kyiv and Lviv during the Russian invasion of the country.Poludyonny is head of N-iX Game & VR Studio, a 10-year-old work-for-hire game studio (and a division of parent firm N-iX) that is representative of many game studios that employed tens of thousands of game developers in Ukraine before the war. The studio is based in Lviv, in the safer western part of Ukraine, but it has had an office in Kyiv, now the center of much of the fighting, since 2016.

The studio has continued to do work for customers like Seattle-based Irreverent Labs, maker of an upcoming mecha fighting game. Poludyonny wants to tell others that his company continues to operate and it can still get tasks done for its core clients in the U.S. and Europe. But he also wants to convey how difficult life has become during the war.

In an interview with GamesBeat, Poludyonny said that the company’s 200-plus game developers were working on around 20 different projects, including the work on Rahul Sood’s Irreverent Labs game, Mecha Fight Club. The work continues as a dozen of Poludyonny’s people were working on the game. The country has good internet access, and that has continued, he said.

But the chaos continues as well. During one meeting, a number of people were cut off from a call after a rocket evidently damaged the cables being used. The internet connection was quickly re-established. In Lviv, the office has about three different cables bringing in the internet.

Re-experience the excitement of connecting with your community live at GamesBeat Summit’s in-person event on April 26 in Los Angeles, CA, and virtually April 27-28. 30+ sessions and 500+ attendees are set to arrive, so don’t want to miss this opportunity to expand your network. Early bird pricing ends March 25. Get your pass today!

“Everybody who comes to Lviv and doesn’t have a place to stay can stay in our office,” he said. “We have adapted our office to like a shelter with places to sleep. Or there is a well-equipped kitchen, a bathroom, and so on. People can hang around there while they find housing.”

When Russia’s army crossed the border on February 24, Poludyonny happened to be on vacation in Spain. He couldn’t get back to the country, but he made his way to Krakow, Poland. And he has been running it from there ever since. One of his project managers is living in his place.

Veronika Chebotarova, a marketing manager, was living in Kyiv when the bombs began to fall. She was able to make it to leave the city and make her way to western Ukraine. But it took twice as long as usual to get through the traffic on the roads to get to her parents’ place.

Like most of N-iX Game & VR Studio’s workers, the team members moved to Lviv or continued onward to Poland. But Poludyonny said that company made its offices available for people to stay while they tried to find more permanent housing.

As you can see from the pictures, a number of people camped out in the offices and spread their belongings throughout the offices in Kyiv. The same has happened in the offices in Lviv. The goal was to provide a safe place for employees to work and continue to earn a living without interruption, Poludyonny said.

“Software development and game development is a very big part of the Ukrainian economy,” he said. “Right now, many people have been dislocated and are losing the jobs that were tied to where they were living. Our economy is suffering because of that. The software industry can help us provide. If we can send a message, we are safe and alive and working, that is helpful.”

Chebotarova said the company is grateful that its customers are supporting it and continue to have it work on their projects. Irreverent Labs started working with N-iX Game & VR Studio in November on a blockchain game. The dozen developers are using Unity to produce 3D environmental art, animations, and sound designs. The work has continued uninterrupted and that has been inspiring, said Sood in a message. 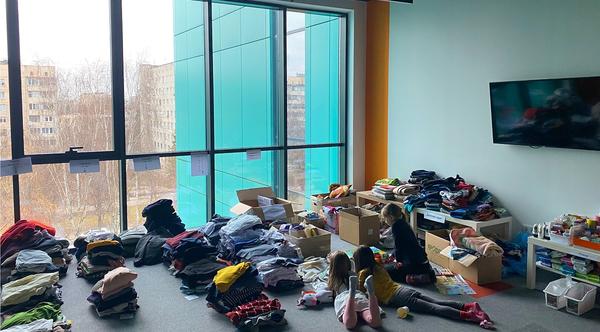 “It’s surreal. We speak with them on an almost daily basis,” Sood said. “It’s easy to forget what’s going on there. We can only try to put ourselves in their shoes. As a whole, they are determined to win this war. They don’t want to give up on their country. I’ve never worked with such a dedicated team of individuals. We pray for them every day and we will continue to work with them and support them however possible.”

Of course, it hasn’t been easy as many developers could not take all of the computer equipment — such as desktops — with them as they relocated across the country. Still, everyone had been accustomed to working from home during COVID.

The company hasn’t had Russian employees since the warfare began in 2014. And right now the company is cutting ties with customers who have not condemned the Russian actions.

Many of the families have moved on beyond Ukraine’s borders into Poland and other countries, but Poludyonny said that men of fighting age are not allowed to leave the country. Those men are either working, or, in some cases, are now serving in the Ukrainian army. About 73% of the studio’s workers are male.

Chebotarova said that it was safe to go by car when she evacuated, but as the invasion progressed, the roads became less safe. The company arranged for multiple buses to evacuate people from the eastern regions that were under attack.

“It took some of our people 24 hours to get to western Ukraine” compared to the usual seven hours, Poludyonny said.

The team managed to evacuate people from hot combat regions such as Kharkiv, which is being heavily shelled, and a handful of workers or their families chose to stay in Kyiv. PPoludyonny’s parents, for instance, said they would not leave. One employee joined the military as he was drafted.

Poludyonny said the company has an office in Krakow and the teams are able to get their work done, despite the relocation challenges. The largest game team has about 40 people on it, including game designers, engineers, producers, quality assurance people, artists, and others who complete the full team.

“We have not lost any of our existing clients,” Poludyonny said. “On the contrary, they support us a lot and they understand that people need to relocate and they are totally OK with that. Right now we are delivering at almost 100% capacity.”

However, some potential new clients decided that it was too risky to go forward with projects in Ukraine. For those who need new monitors or desktops, it’s not easy to get replacement equipment, as there is a lot of traffic on the roads as people try to escape into Poland or ship necessary supplies into Ukraine.

“The logistics for consumer products suffered because of the war,” he said. “We had some spare inventory.”

Meanwhile, we also talked to Daniel Starr, the CEO of GameMine in the U.S. and a serial entrepreneur who had become wealthy over the years. Starr never considered himself a political person. He put his head down and didn’t care that much — he only voted once in his life. He has a company in Cluj-Napoca, Romania, on the Ukrainian border.

Starr is based in the wealthy community of Montecito, California, but he has begun selling off a lot of his real estate properties — worth tens of millions of dollars — to provide aid to Ukraine. Starr said his grandparents were born in Ukraine, but he had a nice life growing up in California.

But he decided to fly to Romania and help ship supplies across the border into Ukraine. He paid for housing in the local town and tried to find homes for people crossing the border from Ukraine into Romania. He paid for it by giving the mayor of the town his American Express card so that he could book rooms all over the city. He filled as many as 600 rooms before the city declared that places could only charge refugees for utilities.

“My CTO and I got supplies and drove them across the border,” he said. “We should be doing more and I have benefited from the opportunity we have here. But once I saw how awful it was, it really affected me. I’m not someone who is affected by much. I got everything in life that I wanted. I didn’t start off rich, but that was all I wanted and it’s what I got. And sometimes nothing means anything after that. But this really affected me.”

Based on what he saw at the Ukrainian border, Starr was shocked at how calm and relaxed people were standing in crowds or drinking in bars. He wondered why the people weren’t freaked out and they appeared so used to it.He added, “It was eerie. It is insane that this is happening. Our priorities are wrong. Everyone is concerned about the price of gas. Everyone doesn’t want to get involved because it could be World War III. But it’s already World war III.”He said it was hard getting supplies into Ukraine, but his team managed to do it. He said that he wants more people to care about what is happening in Ukraine and to do something about it. He didn’t want to just stay at home and write checks. But he also knew he wasn’t going to go and fight.

“I’m willing to put my money where my mouth is,” he said. “I will donate 90% of it to charity. Why does it have to reach extremes before we get involved? I’m just passionate. I am just trying to figure out the best way to accomplish something.”

GamesBeat's creed when covering the game industry is "where passion meets business." What does this mean? We want to tell you how the news matters to you -- not just as a decision-maker at a game studio, but also as a fan of games. Whether you read our articles, listen to our podcasts, or watch our videos, GamesBeat will help you learn about the industry and enjoy engaging with it. Learn More